Relatively shortly after Monty was safely ensconced in his new home (our driveway), we  decided to take him for a test run in Delaware.

My daughter, Julia, and her boyfriend Mike live near Newark, DE where they both went to college. We found a campground about 10 miles inland from Rehoboth Beach in October, just in time for the Sea Witch Festival.

As with any new vehicle, there were a few warranty items we wanted attended to. Jeff had been playing phone tag with a dealership in Lakewood, NJ, thinking he could drop it off on his way back from Delaware. He left detailed messages about when he could drop it off and what work needed to be done. The service person called and left messages that he had called, but they never connected.

In anticipation of leaving Monty for service, I drove straight down from my job in Hackensack and Jeff brought Monty and Growler from home.

It was a really fun week there: sunny, cool (60s in the day, high 30s in the night) and lots to see and do. Rehoboth Beach is a really cool town with fun shops and a mile of boardwalk along the beach where its ok to walk your dog or ride your bike. Off-season, it’s mainly locals except for the Halloween festivities. Being from a resort town I’m familiar with that vibe. 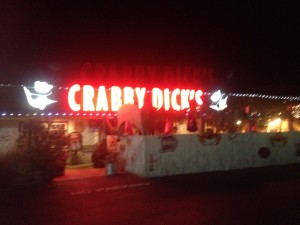 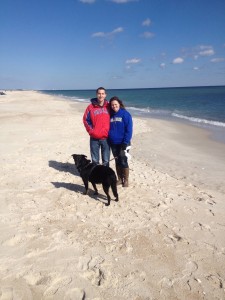 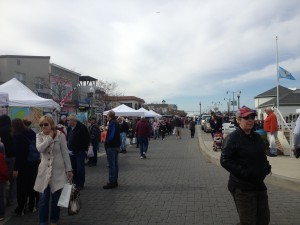 Delaware also has a lot of nice state and county parks which I explored each day. Julia and Mike came down for the weekend to try out our livingroom pullout couch and we went to Assateague Island National Seashore. The wild ponies were amazing! You drive along and they just wander around doing their thing (pooping, and biting folks who get too close). There were also lots of trails to walk with gorgeous views and historical explanations. 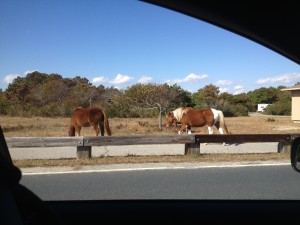 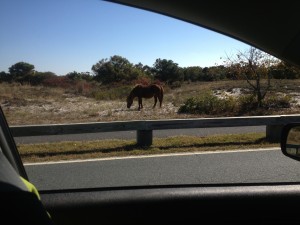 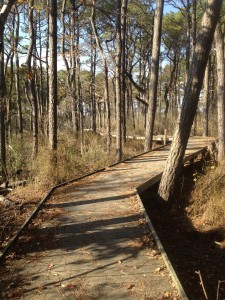 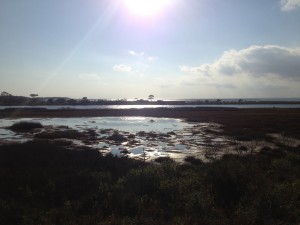 The Sea Witch Festival is a multi-day event including a parade, music, vendors, kid activities, and a dog costume contest. The wind was brisk but the costumed dogs were awesome!

When it was time to go home, Jeff headed for Lakeland to the service place and I drove home. It was a bit of a stressful drive for Jeff as he arrived in the town right when school was getting out, on a skinny two-lane road, with the truck running on fumes. He imagined how bad it would be for him to run out of gas on this busy street with a 39 foot trailer! He made it to the dealership, where they promptly told him they were not expecting him and there was no way he could leave Monty there. The person he spoke to was right behind the counter (trying to hide), but since they had never finalized the deal, he was told he could re-schedule for December, but not leave the trailer there. Bummer!

Back out on the skinny road, he pulled into the first gas station and…..they didn’t have diesel. The next gas station was on the other side of the road but times were desperate. He waited for an opening and then made a big turn across traffic into the station, finally getting gas. While filling up, the Hasidic gas station owner came out to admire Monty. He peeked into the back of the truck and asked Jeff incredulously, “You are all alone?” Jeff explained that just the two of us had been on vacation. He then exclaimed, “If you were Jewish there would be 14 kids in the back of that truck!”  He then went out into the middle of the road to stop all the traffic so Jeff could get back out.

He made it home without further incident – 4 hours after I did – and arranged for service in Kingston NY…in December.