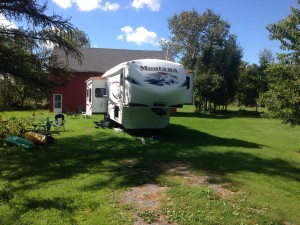 Continuing with our quest to visit as many relatives as possible, we spent 2 weeks in Rochester with Jeff’s sister Anne, her husband Mitch, son Ray and (for one day) daughter Lianne.  It was the first 2-week stop that didn’t involve a campground!

We were able to place Monty in front of their barn after a few scary minutes sinking into the lawn and almost getting stuck. Jeff managed, with his usual trailer-driving aplomb, to get off the lawn without a disaster!

The Lairmore’s live in Hilton, NY, which is a northwestern suburb of Rochester. It’s a nice, rural area close to Lake Ontario and the Erie Canal.

We enjoyed biking along the canal path, which is paved closer to the city and packed dirt further out. One day I rode from the junction of the Genesee River and Lake Ontario along a greenway path into the city. It was really cool:  winding sometimes along the river and sometimes further inland along roads and through city parks. There were some really amazing bridges, a hydro-electric dam, and a huge waterfall. You could see  where the river had carved through centuries worth of sediment layers.

One night we had an impressive bonfire trying to stay up late enough to see the northern lights. It clouded over just before midnight, but the fire was fun!


Jeff and all of Anne’s family went into Rochester for a night at the annual “Fringe Fest”. This is a multi-day event with hundreds of shows and demonstrations in the center of the city. Mitch got to get up close with a tree-looking stilt-walker; we listened to an Irish rock band and the highlight was the “flame-throwing tricycle” from a performance group from Canada. I think we all agreed that *that* was on the fringe!

Jeff also got to ride along in a U of R crew team coaching launch  with one of Anne’s best friends. It was a fun moment when he realized that one of the women on the team was from North Jersey and he had coached her on the Monksville! 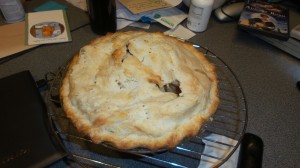 It was great to see Anne, Mitch and family, have some dinners together and hear about their motorcycle adventures.  Mitch and Jeff brainstormed new product ideas; Ray talked about his classes, gaming, and politics; and Anne talked about her new adventure – learning how to teach dogs to detect cancer by smell.     No visit with Anne is complete without lots  of her award winning homemade apple pie.  Lianne claims that her pie is better, but we did not have a chance for her to prove it!

I also returned to work in my new role as a “Traveler” for Cranial Technologies.   My first assignment took me back to NJ!!  It was great to see my co-workers again – there were a few twilight zone moments where it felt like I’d never left!  While in Hackensack I got to have a delicious dinner at an Indian restaurant with Jay and Virginia.

Now we’re off to Ann Arbor, Michigan to see my brother David, his wife Karen and one of their sons, Ben. 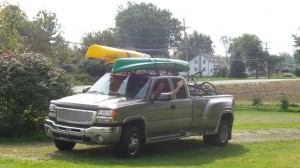