We’ve been making a few quick hops in order to see some of the National Parks in northern California while still moving south ahead of the cold weather. I had been to Yosemite for one day many years ago when my kids were 1 and 3, so we didn’t see much beside Yosemite Falls and views from the car. Jeff had never been. Due to it being fall and California being in a 4 year drought, Yosemite falls was more of a trickle, but still beautiful.

We spent one full day there doing as much as we could – hiking out to Taft Point which looks right down on El Capitan and the valley;  driving up to Glacier point for stunning views of the valley, half dome, Vernal Fall and Nevada Fall; and  then riding our mountain bikes all over the valley, seeing the amazing cliffs from a different perspective. It would be great to go back and do some backpacking off the beaten track. The park was not overrun with tourists due to the time of year, but there were plenty of other visitors and bus tours there. 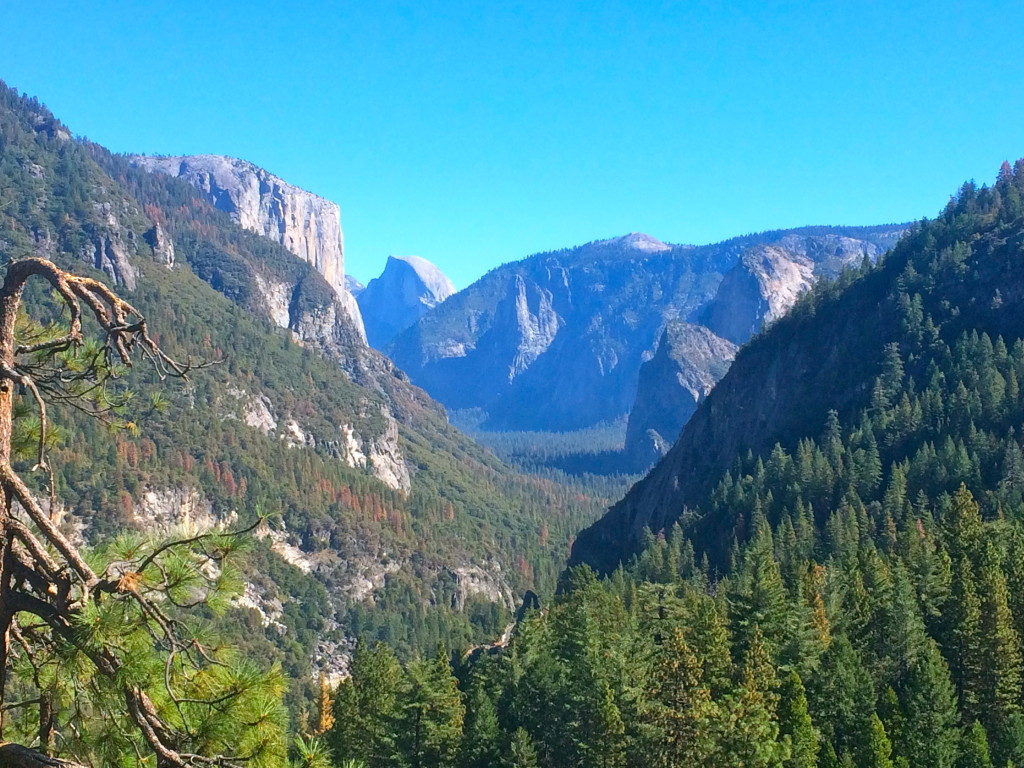 Before heading for Yosemite, Jeff spent a week in Sacramento while Sue worked. The campground was part of the Cal Expo Center complex.  But the best part was that we got to see some old friends!  We met up with Jeanne Gallagher, Sue’s high school classmate that caught up with us in Jacksonville, FL.  She and her husband are moving out to Sacramento where her mother and other family members are.  Although Jeff and her grandmother couldn’t put it together, they both agreed that they recognized each other from Wolfeboro.    Another classmate, Martina Walsh, was also there with her husband, who were both in the same dorm as Jeff at UNH. A third classmate, Jim Soucy, was there with his significant other – thanks, Facebook! 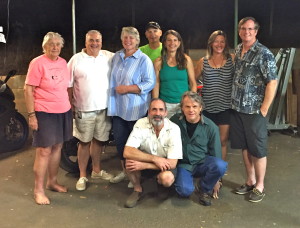 Our main purpose in swinging through Sacramento was to visit Jeff’s high school friend Debbie Gale.  Unfortunately, Debbie was called out of town for work, but she was able to get back in time to show us around the city one day.  We had a great lunch on the Sacramento River and caught up as best we could.   We left Sacramento the next day to get nearer to Yosemite.

We stayed at our first “Escapees” (SKP – get it?) RV park. The Escapees Club has a group of private RV parks that charge a much lower rate than others once you’ve joined. The people there were so incredibly happy, outgoing and friendly we started to wonder if there was Cool-Aid involved. While most of the residents own their sites, 50% of them are only there part of the year and their spots are available for visitors like us. They had a big clubhouse with a main room for gatherings, meetings, line dancing, exercise classes, etc. and several smaller rooms for crafts, pool and a library.  There were all kinds of activities throughout the week including poker and a Sunday afternoon ice cream social.

The park itself was built by some of the residents and they are very proud of it. We actually took a (golf cart) tour one day given by a resident volunteer.  We saw the huge water tanks they had installed on top of the hill, a large barn full of tools and construction equipment where several energetic older men were hard at work putting up a new storage structure, and were driven around most of the 140-acre park.  There are a few miles of dirt paths for hiking and mountain biking, if you don’t mind rattlesnakes. It is a 55 and over park for residents (scary how close we are to that) and there is a long waiting list to get a spot!

They bought an authentic stagecoach, put an air conditioner and antenna on top, and called it the “first RV”. 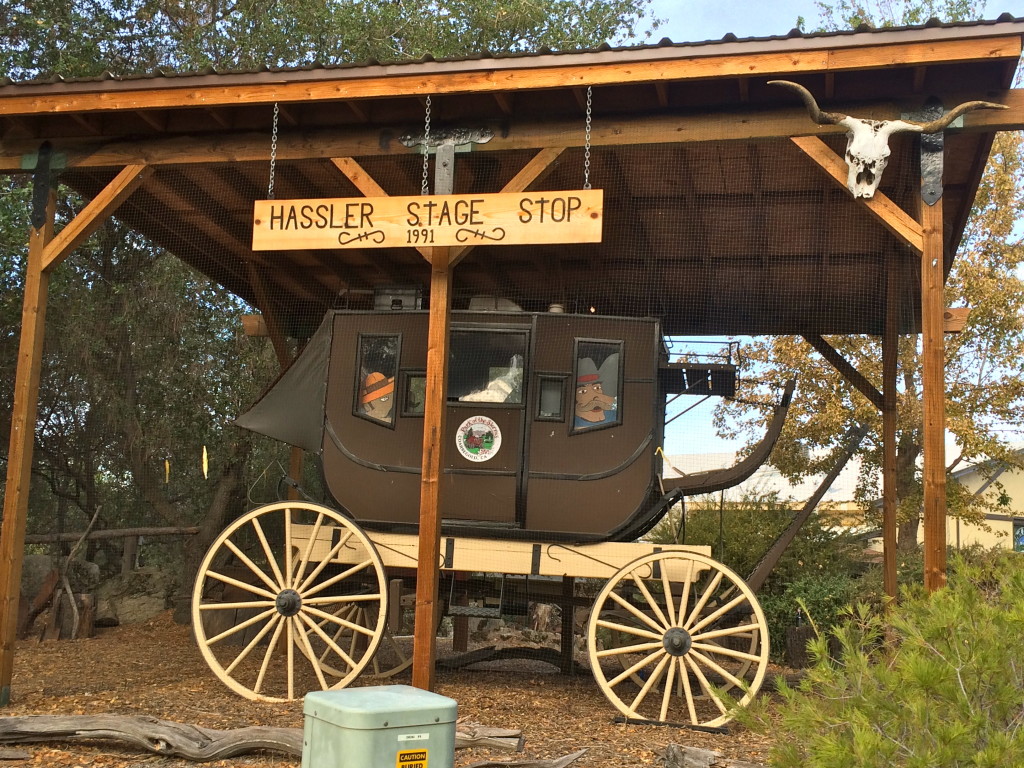 Apparently, it is Tarantula mating season, meaning they are out and about looking for opportunities. Wikipedia calls them “docile and non-lethal”. I guess that’s if you don’t die of a heart attack when you aren’t looking where you’re going and almost step on one. They are HUGE! I was so busy running away and forgetting to breathe I didn’t get a picture. It was like this…

One side story – As you can see from the pictures, we had perfect weather in Yosemite.  Not a cloud in the sky (which made the following even more puzzling).  While we were having lunch in the valley, the sun set behind the mountain creating a spectacular image.  A lone pine tree on the ridge was lit up like a star.  Then Jeff noticed these wisps of something.  They were stringy like cob-webs floating in the air, but they were at the top of the ridge and moving in circular patterns.   They were visible to the naked eye, but with binoculars even more brilliant.   We asked a couple of park rangers what it was, and they said that they had never seen anything like it either.  Another guest also stared at it for many minutes.   Our only theory is that it was ash from some small, controlled fires they had going in the valley.   But they were more like rings around Saturn with space between the rings and we would think the ash would not be as structured…  Anyone have any ideas??