Sue was traveling to San Diego for work, so we moved closer to Orlando.    As we got settled in, we realized that we were being watched…  Not by the other RV owners, but by the 3+ foot long alligator floating in the pond right behind our rig!! 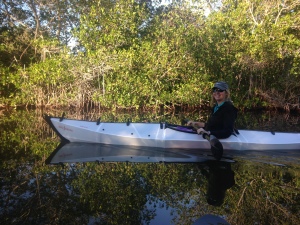 Sue needed a paddling fix, so we headed out for a paddle on the inter-coastal waterway in Cocoa Beach.  Sue got to use her Christmas present – a foldable ORU kayak. It was a perfect afternoon with flat water and lots of sun.     Pelicans diving into the water and even a dolphin!   Sunday we explored the Merritt Island National Wildlife Preserve before heading to the airport…

But the most fun was the Geminids meteor shower on Saturday night.  It was a crystal clear night (and cold – we needed our winter jackets) and while we were hoping we wouldn’t meet our welcoming alligator (or his parents) we ventured outside to quite a show!   We realized that higher ground would be safer, so we grabbed our sleeping bags and pillows and climbed into the back of Growler.   The storage platforms made it fairly comfortable and let us look straight up.    The display was the most impressive we have ever seen.  Never more than a few minutes between meteors and often times one right after the other.

The RV park had walking trails with fruit trees and we were invited to pick some if we wanted. Sue pulled a round fruit off one, but we had no idea what it was. After washing it and cutting it open, we found it was a yummy yellow grapefruit!

Sue had a good week in San Diego, stopping by her old houses after work. Both Carmel Mountain Ranch and Rancho Bernardo were incredibly built up. When the houses were new, they were surrounded by empty hills and a couple of small stores. Now it’s all malls and industry. The traffic was horrible. She ventured into the city one evening and enjoyed Seaport Village all lit up for Christmas. 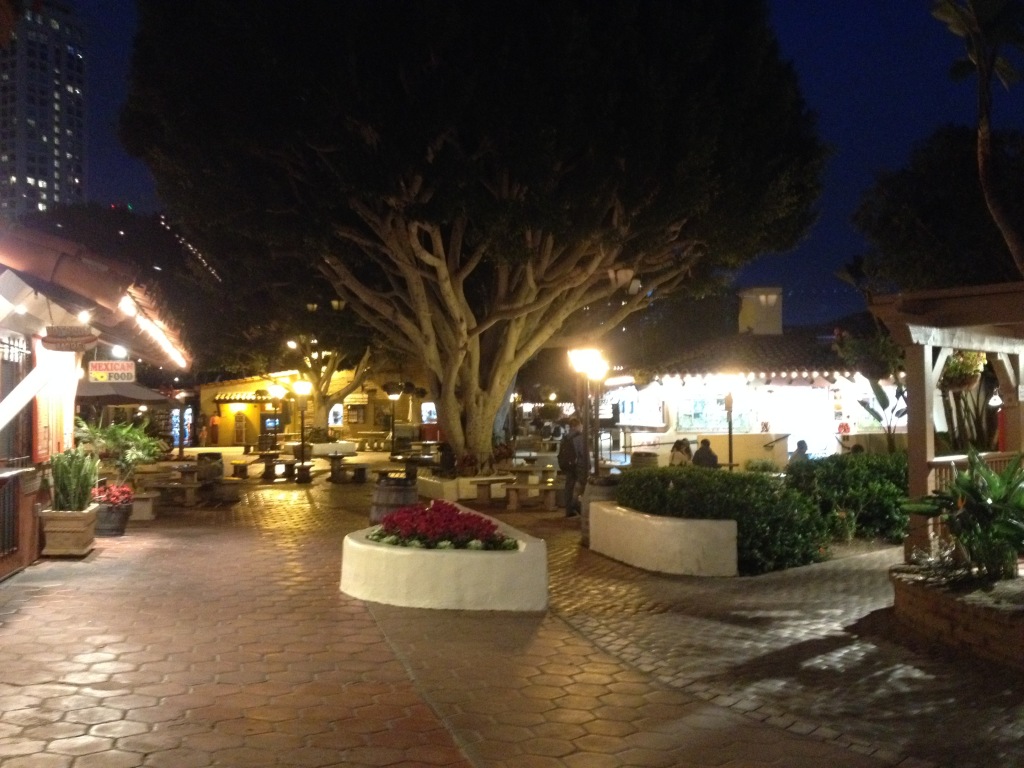 Off to Miami for a little more work before the holidays.