In our longest consecutive drive so far, we blasted from New Orleans across Texas and into New Mexico in 2 days, boondocking at a truck stop in Dallas overnight.  That overnight provided us with the absolute worst dinner out we’ve ever had – other truck stops included! Always good to have a bottom line. Nothing against Texas – I’m sure we’ll go back there, but we’re on a deadline to hit some spring skiing in the rockies. 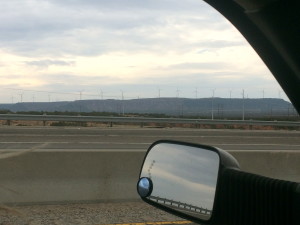 The highway we took (20) had absolutely nothing around it but oil pumps and the occasional quarry. There was so much of that, the landscape felt almost violated. We did pass through Roscoe, which has the largest windmill farm in the country. 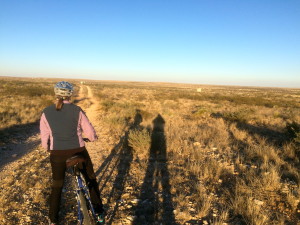 We stayed for one week in Brantley Lake State Park about 15 miles north of Carlsbad. There is a lake there, and a nicely maintained camping area. It is up on a hill, and the first night  it was so windy we got up out of bed to slide in the bump-outs because we were afraid the awnings over them were going to get ripped off!  It is very much a desert landscape here (except for the lake, which is created by a dam). Cactuses and brown scrub abound;  wild bunnies and road runners are everywhere.  Early in the week it was pretty chilly (50s in the day, freezing at night). Later in the week it got up into the 70s, but with a 30 mph wind! There are some fun, rocky trails around the park we jogged and mountain biked on. 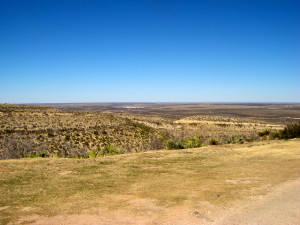 The land was flat for miles and miles.

The town itself is nothing spectacular. A river runs through it (called Carlsbad Lake) and there are parks and beaches along it, though the water is a strange shade of teal. Other than that it’s a lot like so many other towns we’ve seen – marred by strip malls, car dealerships, pawn shops and fast food joints.

I spent one afternoon at “The Living Desert State Park”, which identified hundreds of desert plant varieties and had a rescue zoo as well. Now that I’ve seen some of these desert creatures up close I’m going to think twice about wandering around out there! In the Carlsbad welcome pamphlet there is a section about “hiking with mountain lions”. It’s ok, never mind, I’m good.

The reason we stopped in Carlsbad was to visit Carlsbad Caverns National Park. We did that on our last day there, and it did not disappoint! There are no words to describe the size and beauty of that cave. After walking down a switchback trail to a depth of 750 feet, passing all kids of cool rock formations, the cave opened into the “Great Room”. It was about 1/2 mile long and sometimes 85 feet high with stalactites, stalagmites, drapes and popcorn formations. The cave is still active so there were clear pools of water. The lighting was done by a broadway light specialist, so although it was dark the rock formations were shown off to perfection. It was really hard to get good pictures down there due to the dark, but we had to try. It took about 3 1/2 hours to walk the 3 miles of trails through the cavern. Then you had to take an elevator back up. I encourage you to search on google images to see some amazing professional pics of this place. 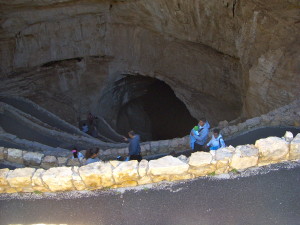 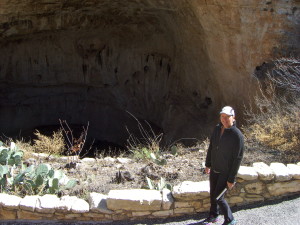 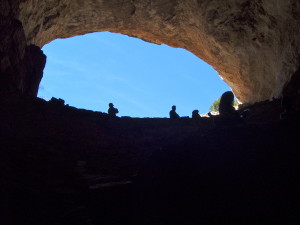 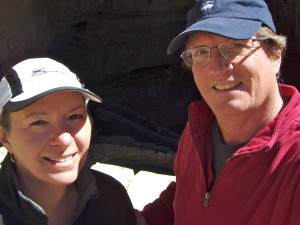 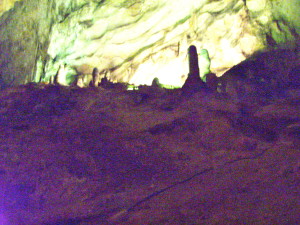 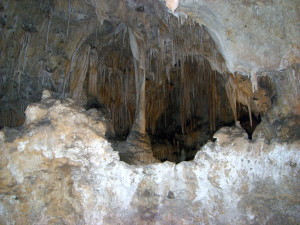 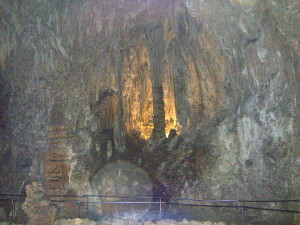 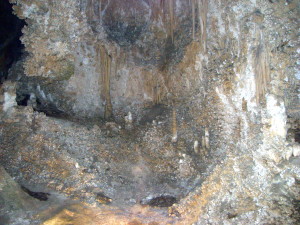 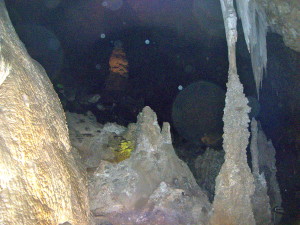 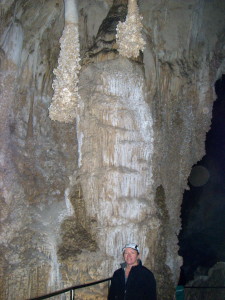 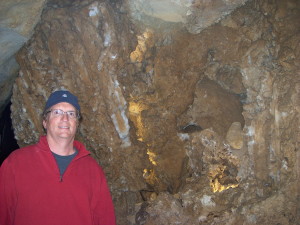 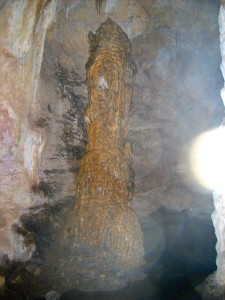 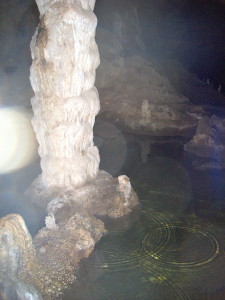 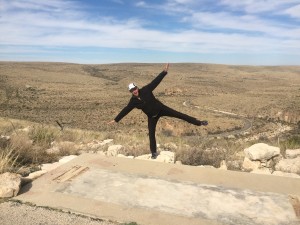 So now we’re off to Santa Fe, where we will stay for 3 weeks and visit with my nephew Daniel, his wife Lauren, and sons Owen and Sam (just born on 2/22!).