For the first time that Jeff can remember (maybe never?) we are spending the holidays in Naples, FL.  Jeff’s parents spend their winters here (and before that, Jeff’s grandparents have done the same since the ’60s).

We’ve been on the road for over 6 months now, and have pretty well covered the east coast, covering I-95 from Houlton, ME to South Miami.

Naples was wonderful! We were spoiled by Jeff’s parents and the warm, sunny weather we’ve been chasing after all fall. 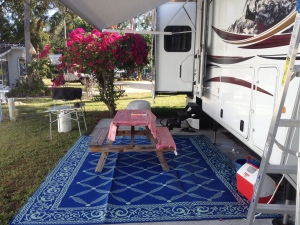 We stayed in a small, nice RV Park near the Naples airport (not a busy airport – mostly private jets).  This park had lots of permanent residents, and repeat seasonal residents so there was not a lot of turnover, which was peaceful. The park had many scheduled activities including pool volleyball, line dancing, a kayak group and exercise classes. Every day at 5:00 p.m. a bell rang and people met at the gazebo for cocktails! 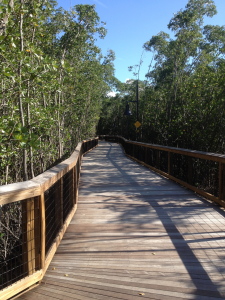 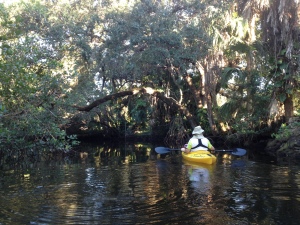 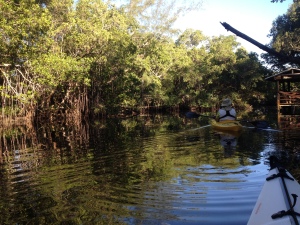 There was a greenway path right across the street that wound around the airport and then along a boardwalk for a mile or two along a river to the local zoo. The RV park also had a boat ramp on to Rock Creek  which led into downtown Naples and out into the inland waterway. 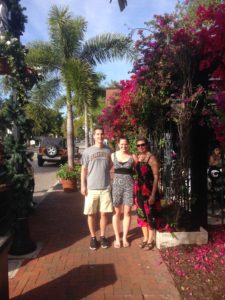 The best part of our stay was spending lots of time with Jeff’s parents, and a surprise visit from Julia and Mike after Christmas! We fit a lot of fun into a few days with them: Jim and  Aline graciously allowed us to use their boat so we could go dolphin-watching on the inland waterway. They knew the exact RPM to go in order to get the dolphins to follow the boat and play in the wake! The weather was gorgeous. We spent one day kayaking in Everglades National Park. 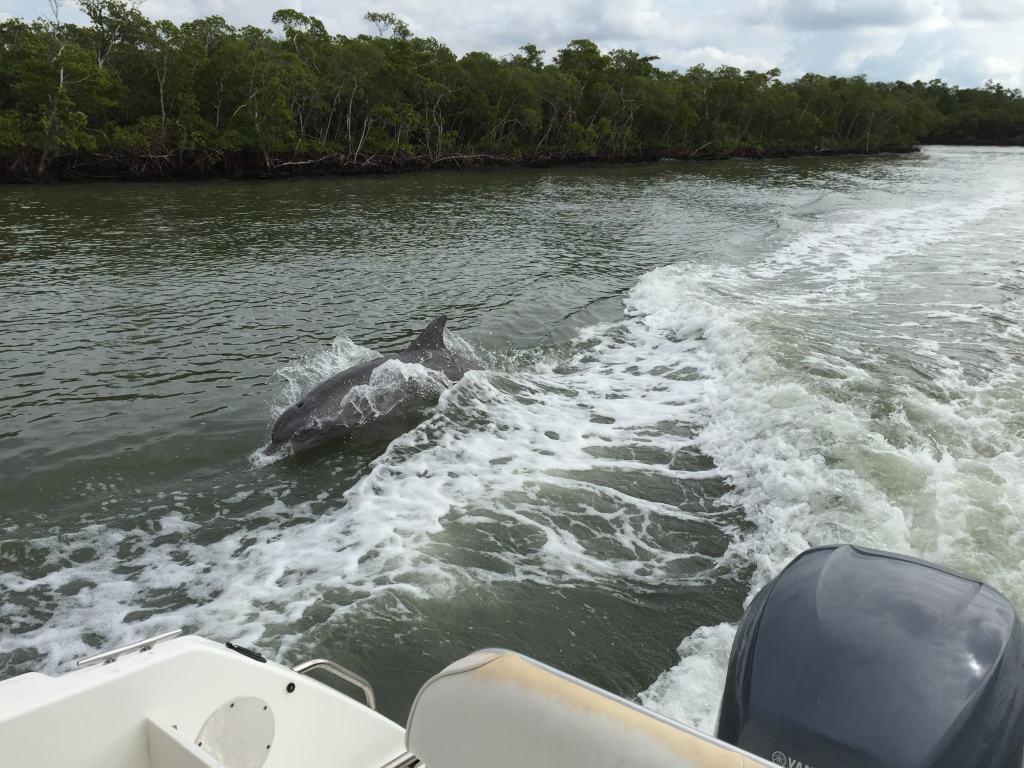 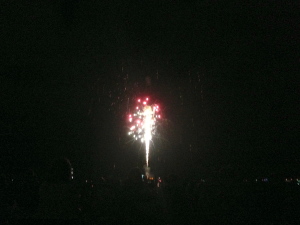 For the first time, we hooked up the tv in the ‘basement’ so we could watch while sitting outside on the patio – fun since the weather was warm and there were lots of football games on. Jeff and Mike were out there until 1:30 a.m.! On New Year’s Eve, we went to Naples Beach where they had an impressive fireworks display.

We had a fun day on the boat with Jim and Aline too, although it was a weekend day and the boat traffic was pretty intense. Whoever was driving spent lots of time slowing down for huge wakes from both private yachts and commercial cruisers. We also saw people trying out a  water propelled ‘jet pack’. 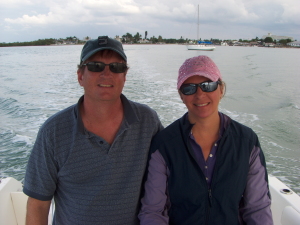 Jeff’s parents, Jim and Aline, treated us to many delicious dinners at the restaurants in their community, and took Sue out to a wonderful birthday dinner in Naples. For Christmas, we were treated to  a performance of “Guys and Dolls”, which was wonderful. 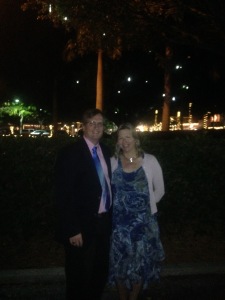 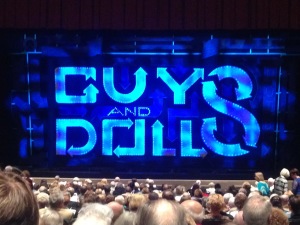 Also for my birthday Aline took me to the Naples Botanical Garden. It was a big place with plants arranged by country/region. They had a butterfly house and an incredible orchid garden. It was really beautiful. 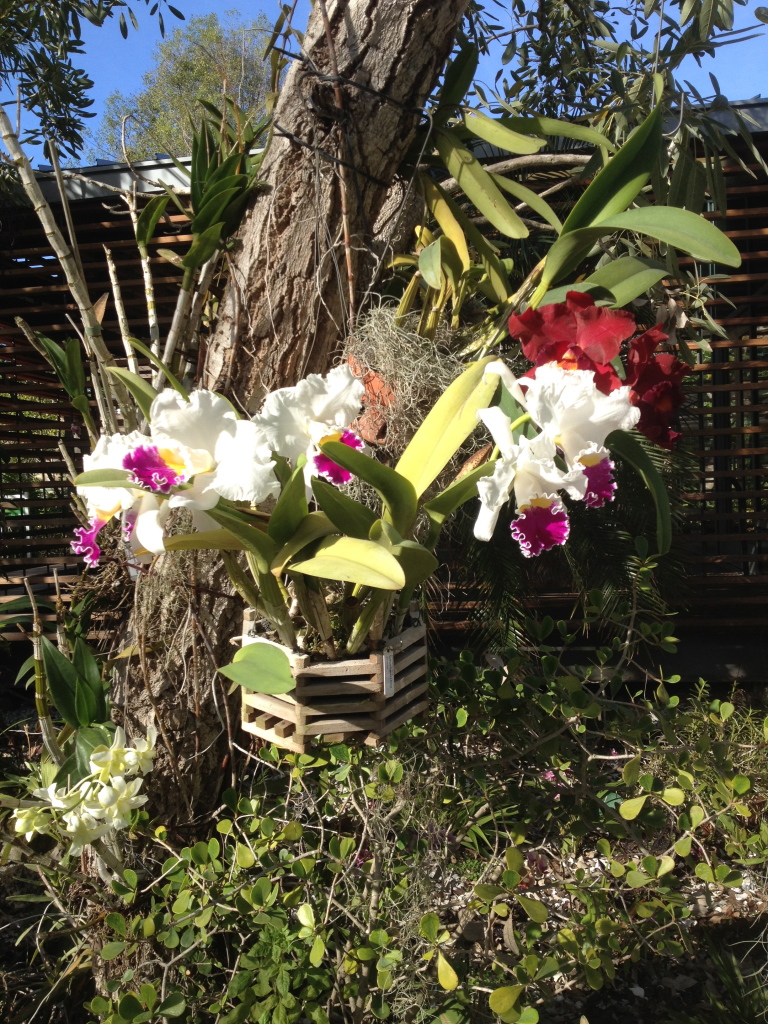 The last week we were there Sue went to Chicago for work – quite the climate change!

Now we’re off to Pensacola (central time!) to start our way west. After that, New Orleans for Mardi Gras….