Wow!  Its hard to think of any other word for this experience…just Wow!

We arrived in New Orleans about 2.5 weeks before Fat Tuesday.   We wanted to experience it without getting involved in the truly crazy final weekend.  The parades start on this weekend and run daily through Fat Tuesday. 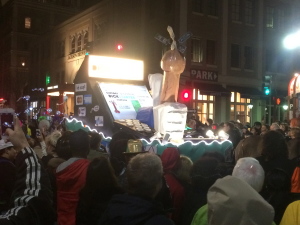 The first night’s parade was one of the few that actually went through the French Quarter.  As such, it had a decidedly sexual orientation with most floats having embellished body parts and mechanical figures doing what people do.. Rather than beads, many floats threw condoms!    Other parades followed various routes through the city (there’s an app to find out the route and progress of each parade!) 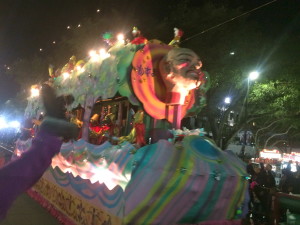 The rest of the parades that we saw were a bit more family oriented with high school marching bands and dance groups mixed in with the floats.   That didn’t turn down the enthusiasm of the spectators through.  Most people were well lubricated and having a great time vying for the beads and other items being tossed by the handful by the people on the floats.

Since a lot of the people in New Orleans at this time are visitors, it’s easy to meet new friends. We met this nice couple from Houston, TX while waiting for the parade to arrive and getting to know them made the wait so much more enjoyable.

The floats are an industry all their own.  There are all sorts of rules about how often a float can be used.  Most floats are double deckers with people lining them.  They also have rows and rows of hooks to organize the beads, making them easier to throw.   There are parades all over the area so it was not uncommon to see convoys on the highway moving them from one town to another.

The French Quarter – A lot of online reviews talk about how dangerous it is..  It is probably more true in the wee hours of the morning, but during the day, it is just a relaxed, fun loving area with families walking through.  Even in the evenings there are plenty of people around. 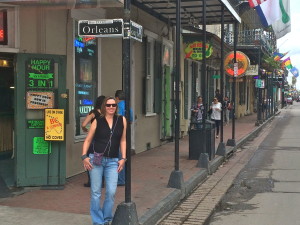 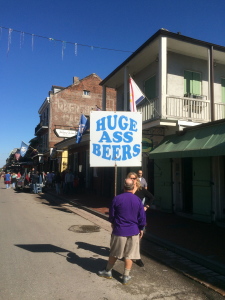 There are basically 3 types of bars lining the streets – Cocktail, Oyster and Tittie.  While the hosts certainly encourage you to enter the tittie bars, they were not agreesive or making you feel uncomfortable.  After all, as one shop said on its sign – “Relax – It is only sex”.

There is so much music going on all the time, it’s hard to choose where to go. Hopping from one place to the next is common. We saw some good blues on a Tuesday night…

With liberal open container laws, you can get drinks on the sidewalk “to go”.  You can even walk into the nearest CVS, buy a beer, which they’ll open for you at the counter, and waltz out onto the streets to people watch! We did this on a sunny Saturday afternoon and found a bench on the Mississippi.

While sitting there, we met Kishi Bashi, who just happened to be opening for the Guster concert that night. I gave him my parade beads, and he got us on the guest list for the show and after party! I knew Guster was going to be playing the House of Blues that night and I’ve been a fan for years.

But with all the money we were spending eating out and parking in the city, we were going to skip it. It turned out to be one of the highlights of our visit. Check him out at www.kishibashi.com. 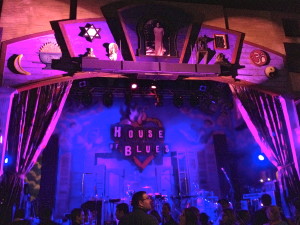 The House of Blues is a small, intimate venue and the show was incredible. The audience ranged from young folks just old enough to get in to old folks like us. Afterward, we got to meet and greet the band members.

The downtown area is easy to walk all around, and they also have a clean, convenient trolley system. 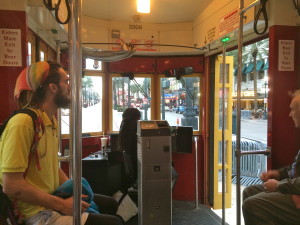 While the French Quarter is the tourist area with lots of fun, music and street performers, there’s another area on Frenchmen Street that rocks every night of the week.

The street is lined with bars and restaurants playing everything from blues and jazz to funk and zydeco. Many have several acts, starting mid-afternoon and continuing into the early morning. 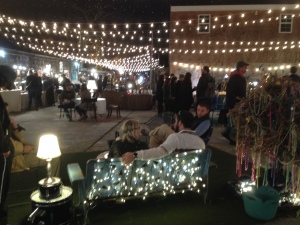 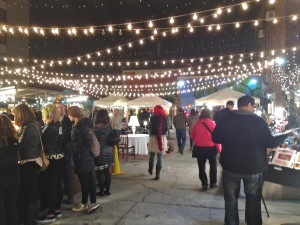 We walked around on the first Saturday night we were there and it was an incredibly vibrant scene. Lots of people were dressed in costumes, the streets were packed, someone was walking around  selling jello shots, and we stumbled upon a cool outdoor art market. Later as we headed back to the car, we saw fireworks over the river. It’s a good thing we only stayed there for one week. There was so much to do and see we stayed up way past our bedtime. We decided not to have beignets at Cafe du Monde in order to have an excuse to go back.

Now, we’re off to New Mexico!