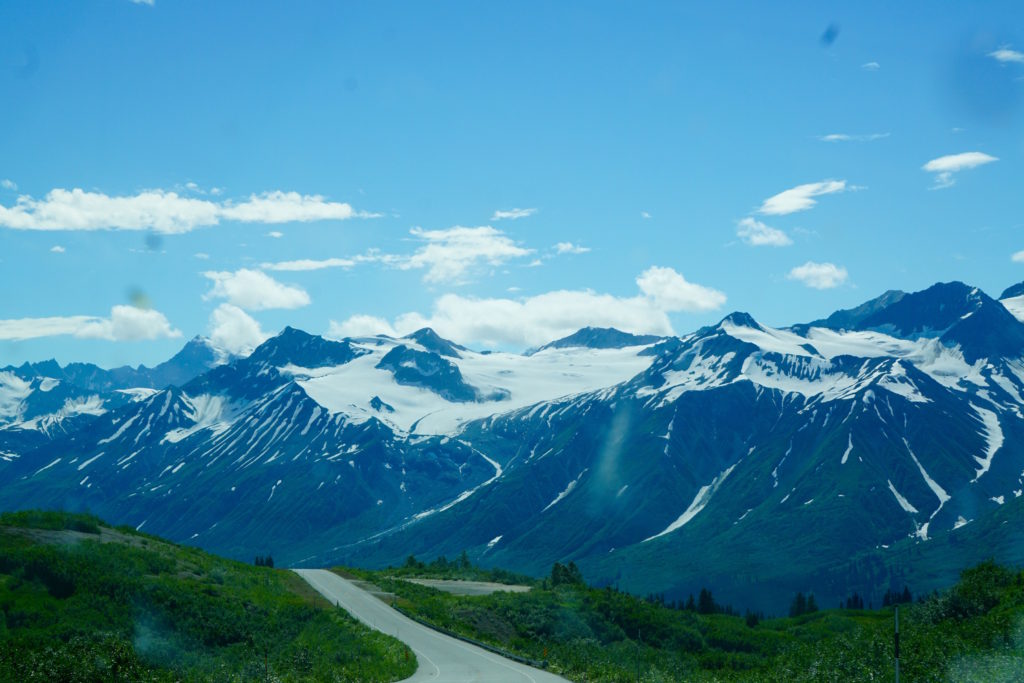 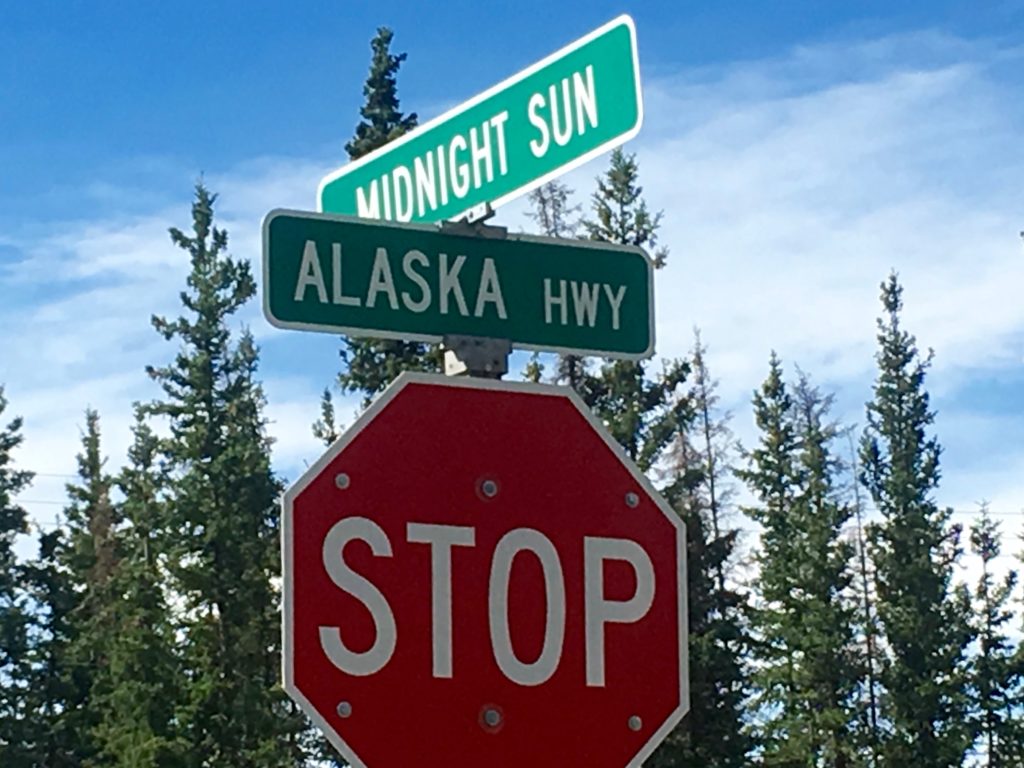 Its a gorgeous drive, north off the Kenai, north-east out of Anchorage, south-east back into the Yukon and British Columbia and finally back into Alaska and Haines.  Breath-taking views of glacier topped mountains for 3 days of driving (900 miles).

The roads through were the worst we had encountered.  A big problem they have is that culverts fill with ice and cause huge frost heaves.  In the spring, they melt and undercut the road-bed dropping the roadways.  In some areas, they combat this by running copper pipes through the culverts and then send crews out to thaw them by flushing hot water through the pipes!

We stopped in Destruction Bay along the Alaska Highway, on the shore of the Kluane Lake.  This government campground had a fenced in area where people who only had tents could sleep – it kept them safe from bears!  We also met a nice couple from Calgary that also had a Montana and we shared many stories around the fire. 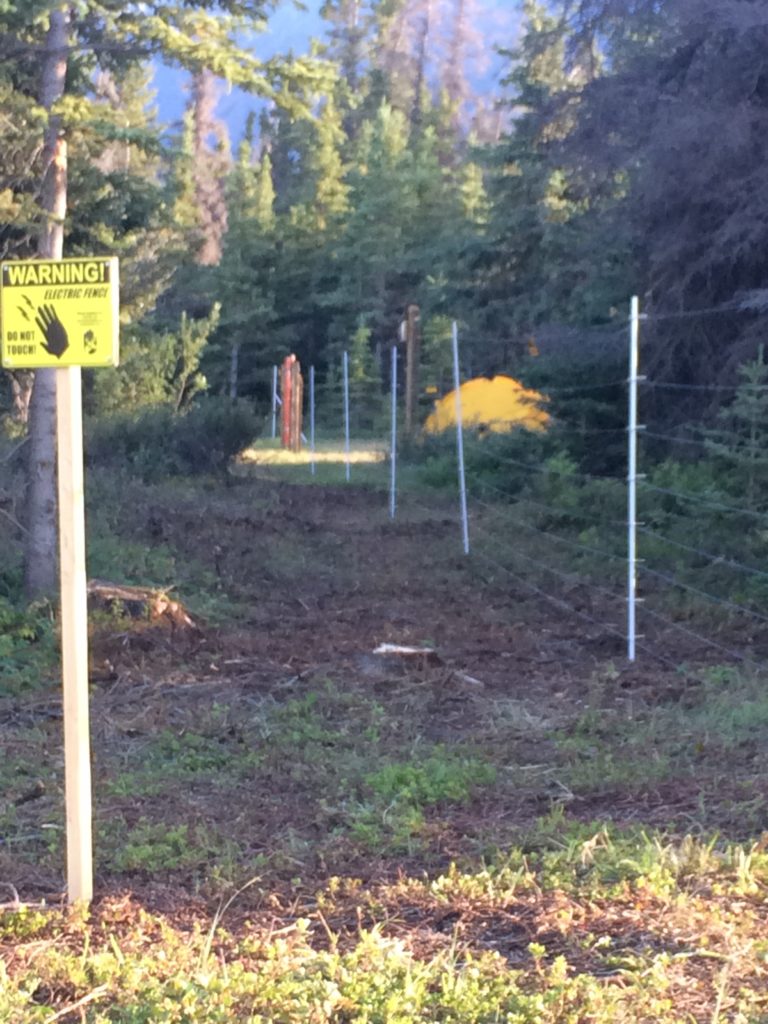 Haines is a typical Alaska tourist town with fishing and sightseeing and it even has the a museum dedicated to hammers!  (Although they were working on the roof using a staple gun).

We heard that there was some good bear watching along Chilkoot River and we were not disappointed by 2 siblings that were about 3 years old!  The first one took a salmon into the woods to eat and as we waited he came back across the road.  Then his sibling joined him.  One was better at fishing and they had a quick argument – they were incredibly fast.  We returned a few other times and saw the momma bear too.  They were so well fed that they pretty much ignored the few dozen tourists snapping thousands of pictures. 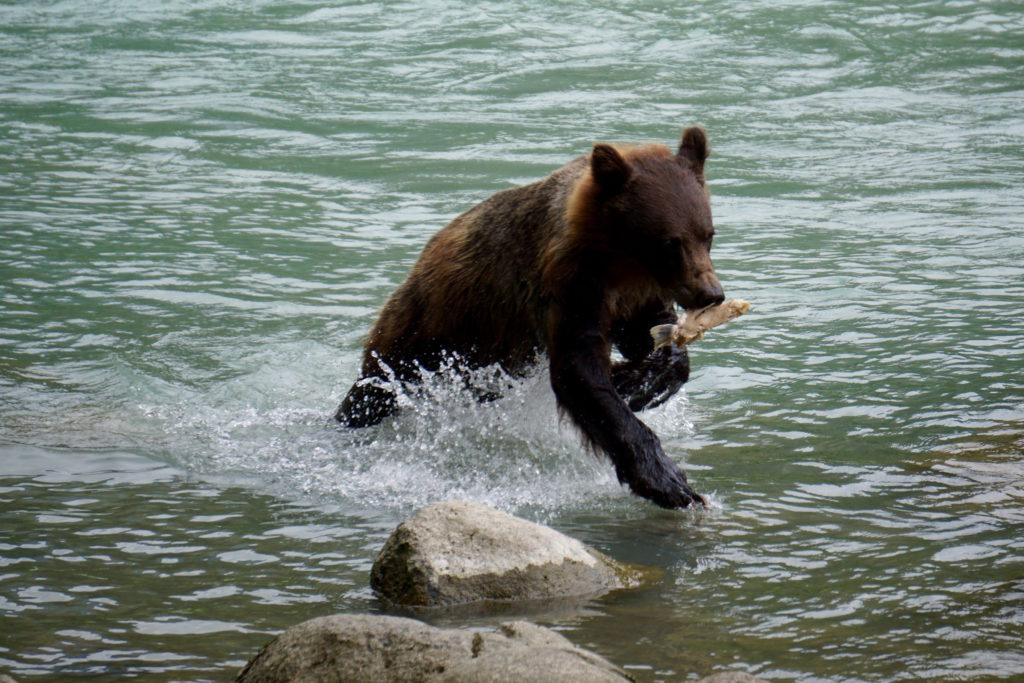 We took a ferry to Skagway, which was one of the main towns during the Klondike Gold Rush.  They work hard to maintain the old town feel, even with 6 big cruise ships parked at the docks. 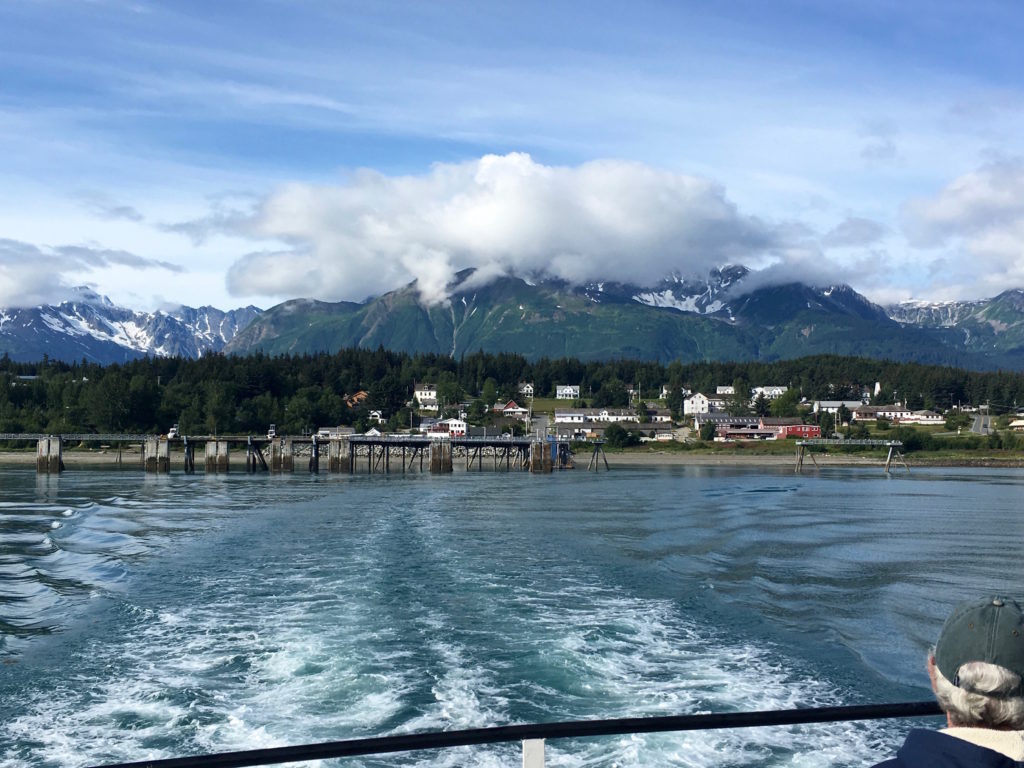 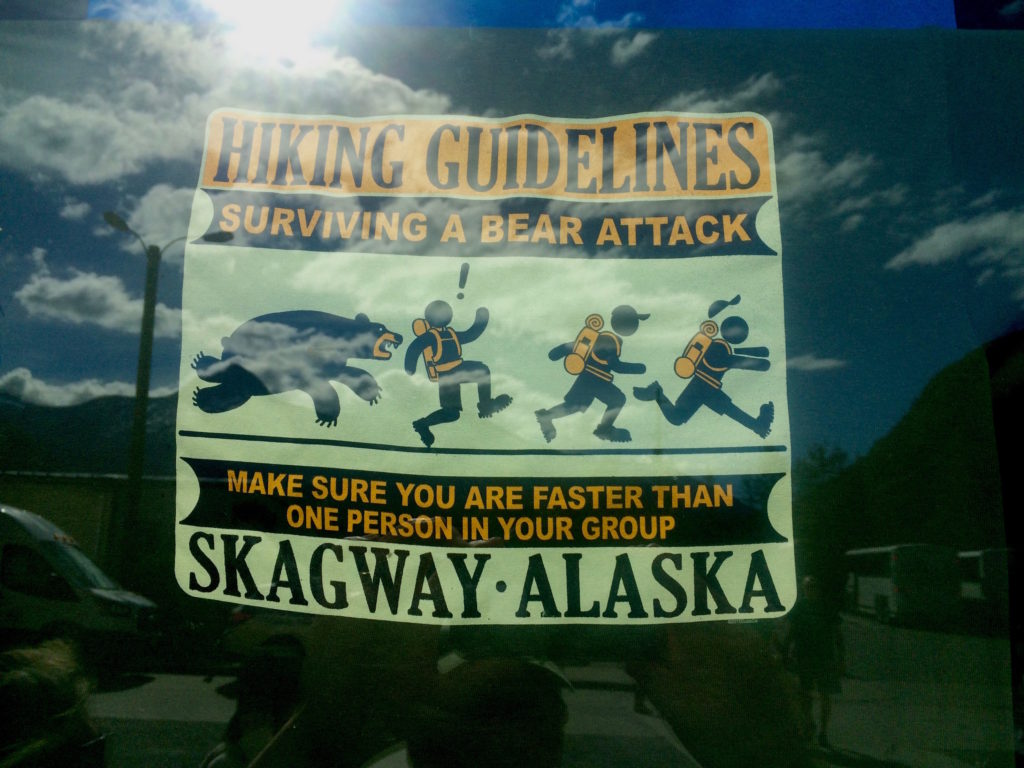 We rode the White Pass and Yukon Railroad up to the summit.  It was a beautiful day. 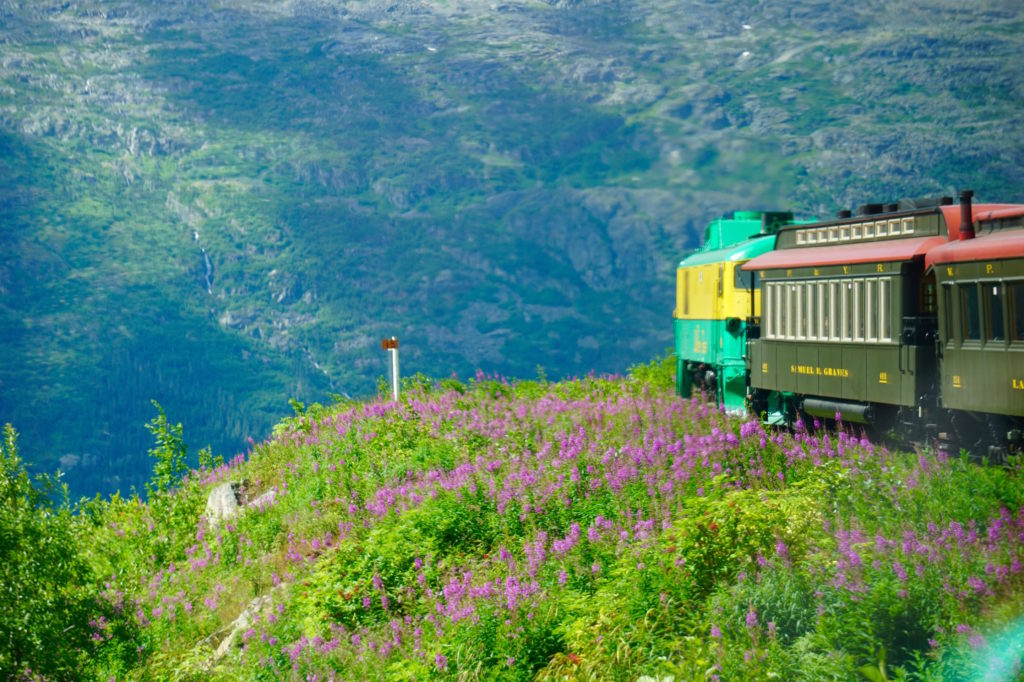 We also kayaked on another glacial lake:  the Chilkoot Lake.  Breathtaking views with many waterfalls.  We stopped for lunch on a small beach.  As we were eating, we looked down and saw small bear paw prints in the sand.   Thankfully momma was not nearby! 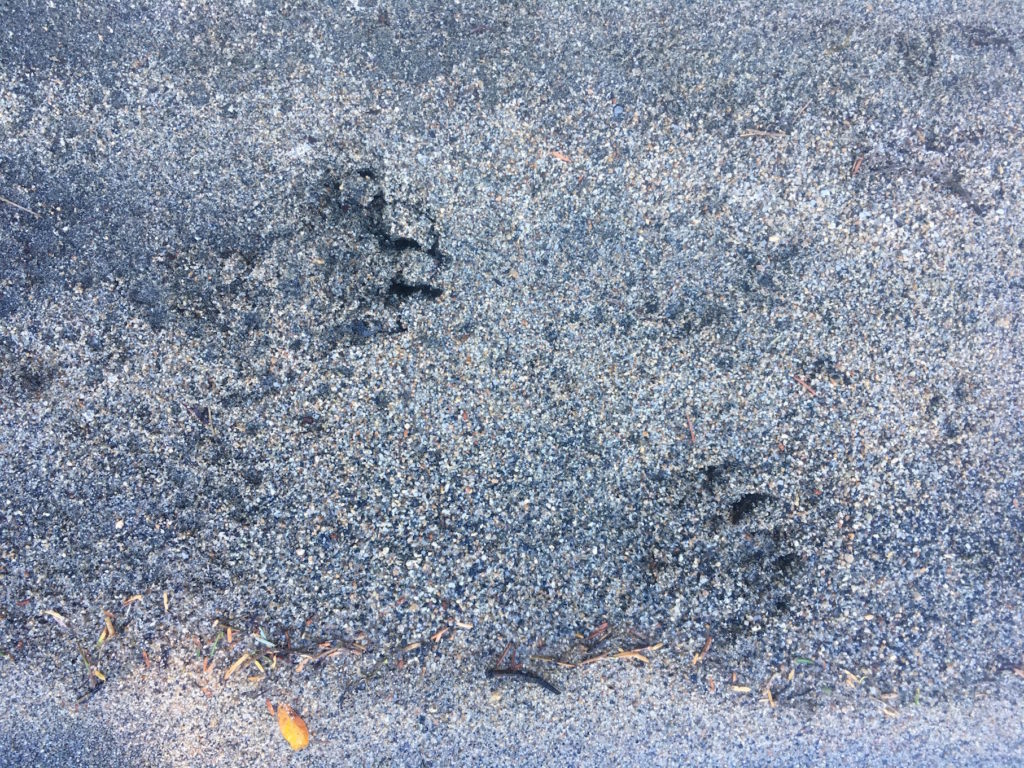 More salmon pools at the mouths of small streams that come down from the mountains. 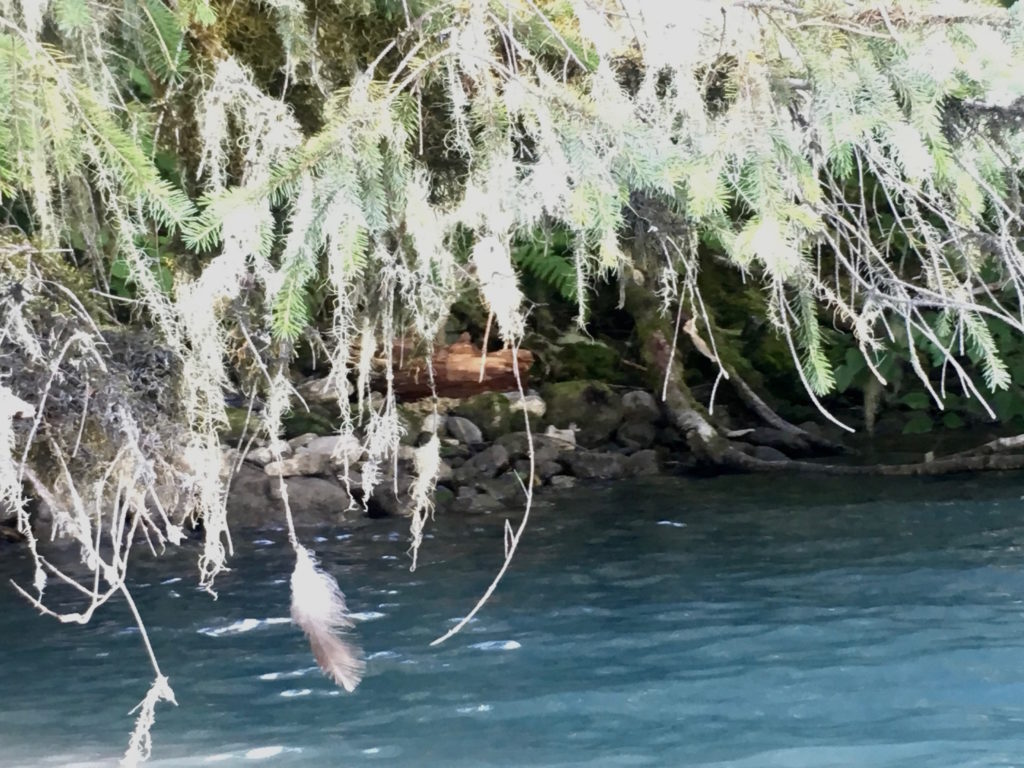 A short drive south from Haines leads to a state park with views like this! 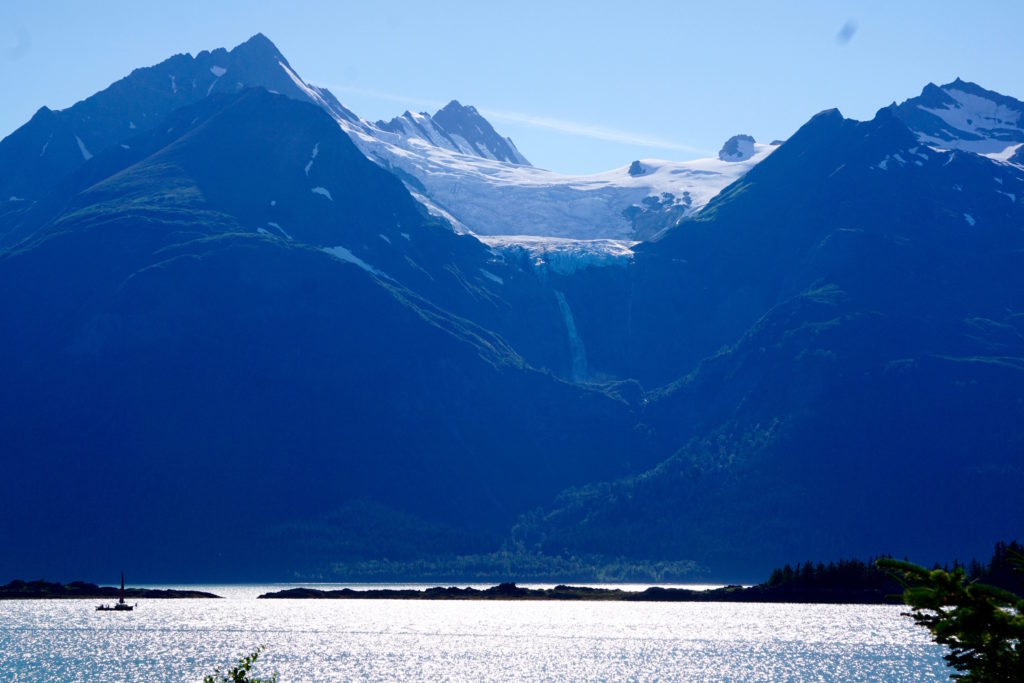 4 thoughts on “Haines and Skagway”