We zoomed across the country from Denver to  Columbus to New Jersey with tornadoes following us one day behind. Since Sue’s son’s wedding was planned for August in upstate New York, we decided to spend the summer in the northeast and see family.

Our first stop was Branchville, NJ. Jason and Virginia live in Blairstown but there were no campgrounds nearby that could handle our large rig. The dates were also complicated by Memorial Day weekend when lots of places were already booked.  We ended up at Kymer’s Campground. This was a large, family-oriented campground with a combination of summer residents (where the RV’s never leave and all manner of deck and screen porch have been added on) and weekenders.

We had some really sweet neighbors on one side who live in Florida in the winter. They shared their maps of local trails and had us over for a fire one evening.

The other side, however, was a couple from Paramus who were selling their house and moving south permanently. They were a little more interesting. They fought sometimes and were HUGE fans of the F-word. Especially when they were on the phone complaining about the other one behind their backs. One day, Sue was on the roof washing and applying UV protector and the husband next door asked if she had done something wrong and was paying for it. She replied that Jeff was inside working, so she was doing this. He then turned to his wife and yelled, “See? She’s up there doing that, why can’t you do anything?!” She then looked at Sue, and I she was very glad looks cannot actually kill…

While there, we spent some fun quality time with the soon-to-be-newlyweds. They even loaned us one of their six motorcycles to play with.

We did some hiking in Stokes State Forest, and Sue saw a huge turtle on the trail. We came up behind it and it stopped, then very laboriously turned itself around to give us the eye. Sue was not excited to walk past it!

While we were there we got to visit our rowing club, go out for a couple of rows and even go to the final regatta the Suffern High School Crew Team attended this year, which Jeff had started and coached for 6 years. He got to see his namesake 8+ rowed. 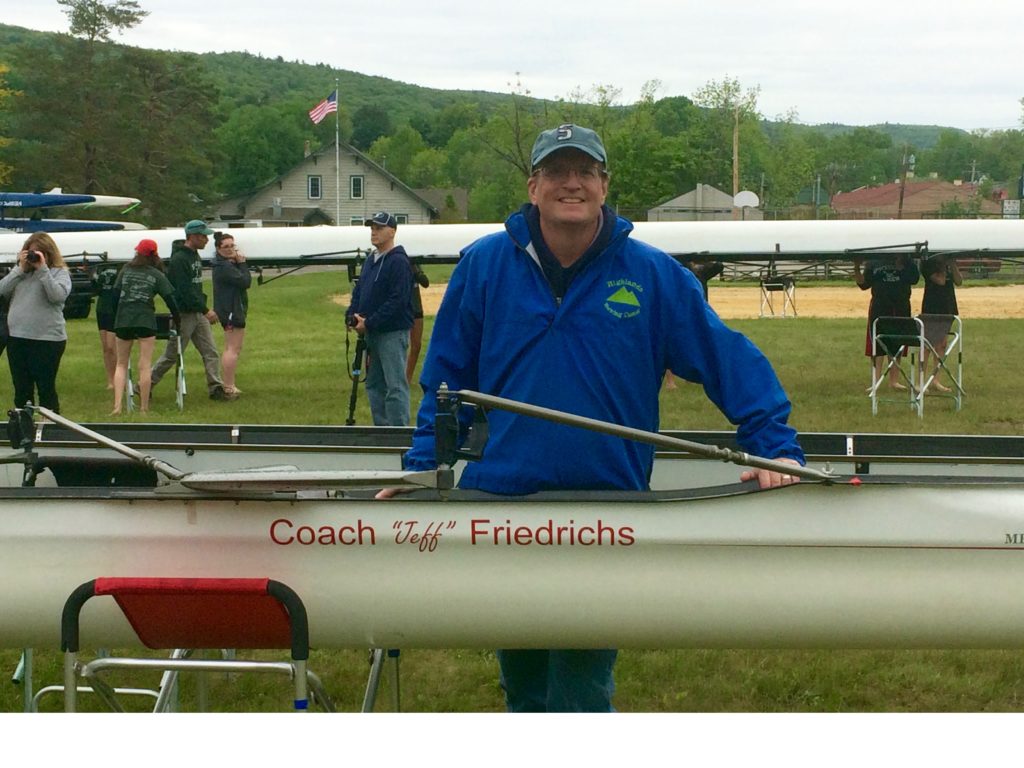 We took a trip down to Philly to watch Julia in one of her weight-lifting competitions. It was terrifying! Seeing those young men and women of all sizes lifting huge amounts of weight – and sometimes failing had our hearts in our throats! The good news – Julia won in her weight class! She will compete on a national level in December in Florida.

While we were at the campground, they came around and put about 4″ of new tar on some of the roads. As we were driving out, we noticed the overhead wires looked kind of low. Sure enough, Jeff had to get out and hold up the wires while Sue drove under! You always have to remember how big the rig is! 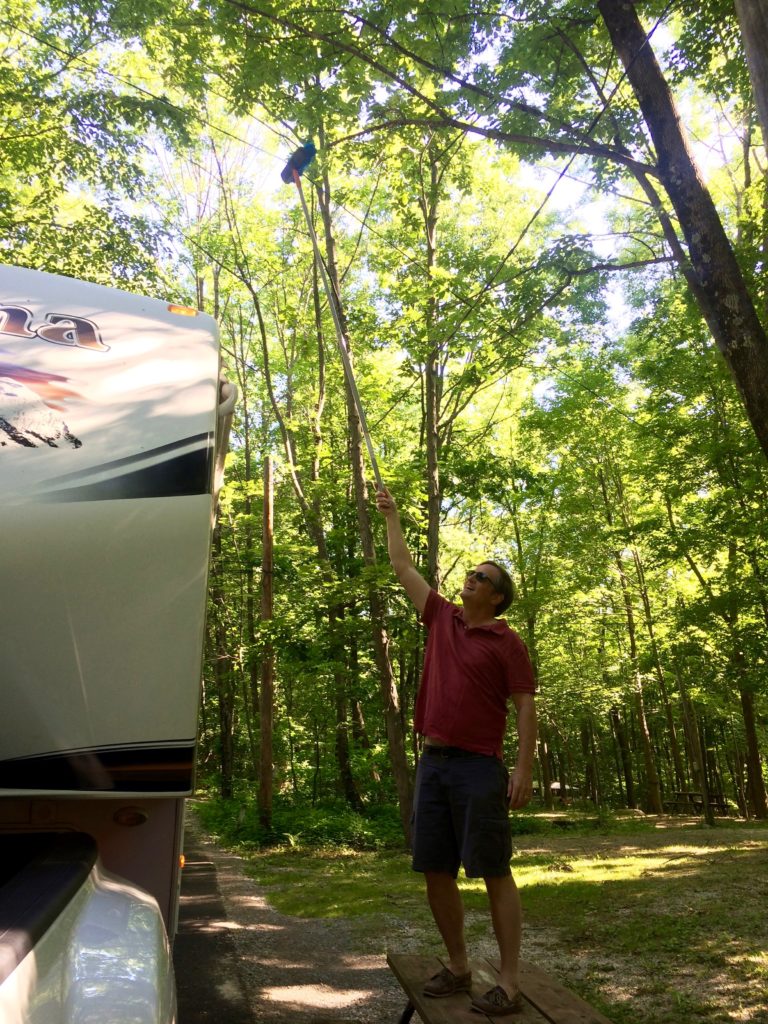 In preparation for heading to New Hampshire, Jeff spent a week in Rhode Island while Sue flew to California for work.

We got to visit with our grandchildren Abel and Noah who live in Rhode Island. My brother, Rich and sister-in-law Lynn came over for a BBQ too.