We spent a month in San Diego so we could be sure to see Vicky as her ship passed through on its way to Japan.  Sue took the opportunity to put in extra work as there are many offices in Southern California.   And with our next destination in Utah, Jeff’s dream came true and we stopped in Vegas for a couple of days.   A little bit of everything in this one!

It was surprising to realize that we had not seen Vicky in over a year, since we left her as she started her duty on the Barry in November 2014.    Vicky told us stories about going through the Panama Canal, test firing various weapons, and breakdowns.  Having not served in the military, what surprised us most is  that the Navy is surprisingly like any big corporation, with the wide variety of decisions and interactions, things that seem to work well, and things that don’t make any sense.  It really is more human than I expected.

Her final night in port I took her to her ship  and got a tour.   They really don’t waste an inch of space on these ships.   I got to see her living quarters (shared by 2 other officers), her work station, the engineering control room (where she showed me how they monitor the various ship’s systems, the officers mess, the bridge (where she showed me navigation and radar systems) and various areas of the deck.    Through these bulkheads, around, up and down narrow stairways it was a bit dizzying but Vicky was obviously comfortable and adjusted to life on-board.   It was difficult for the proud papa to say goodbye as she sets sail for her deployment in Japan.  She hopes to be back in the states by the end of the year though.

We stayed in a clean little park in Vista – just north of San Diego proper. While there we spent a day enjoying Balboa Park 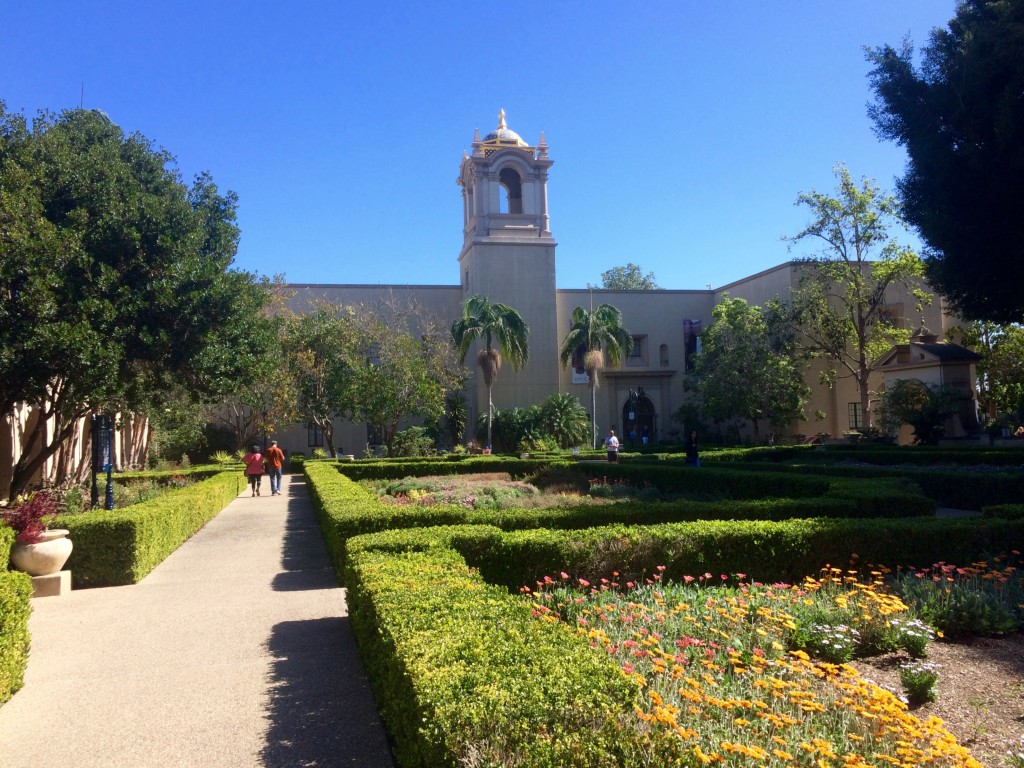 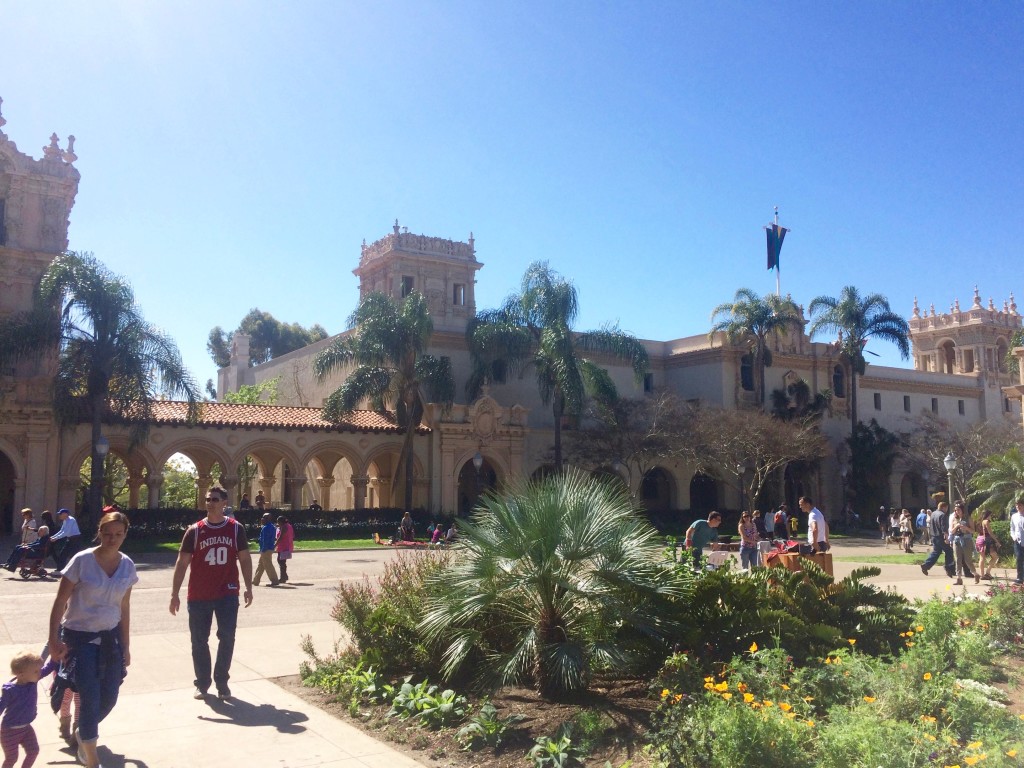 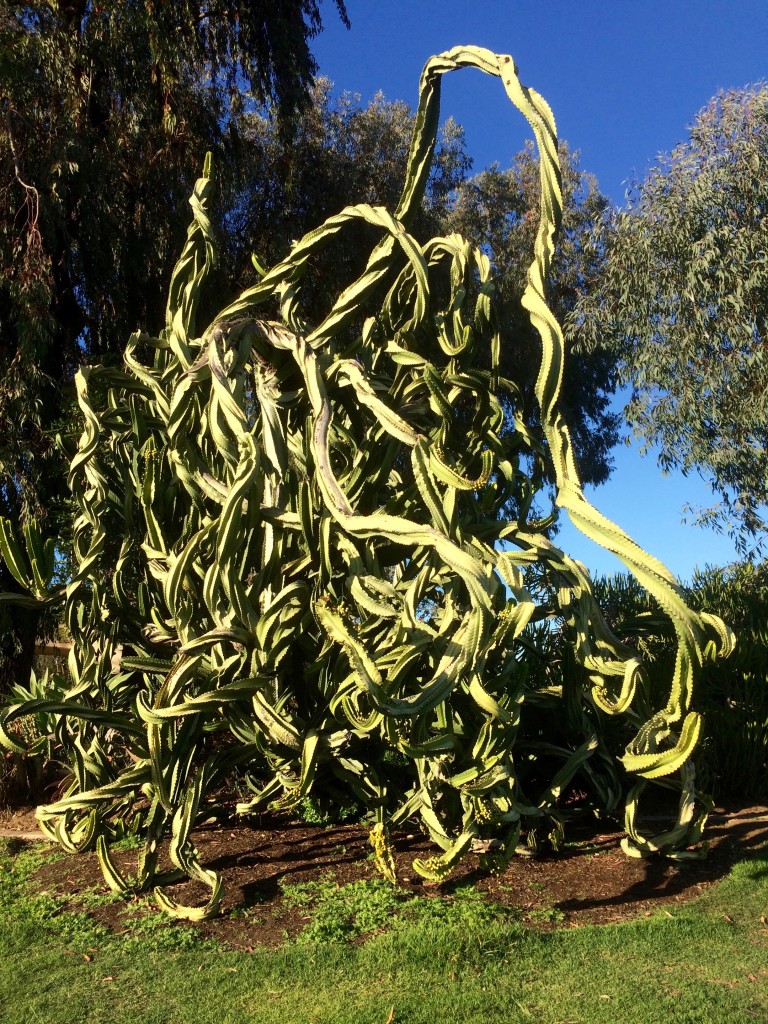 We rode a bike path all the way to Oceanside and checked out the pier there.

Downtown Vista was cute with a walkable main street and the usual murals of western towns. 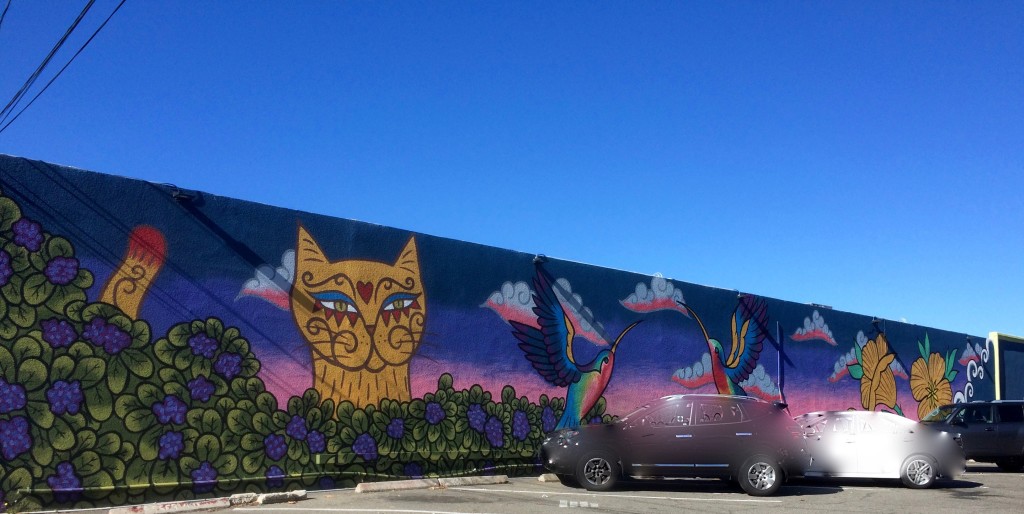 Sue got Jeff an RC helicopter for his birthday.  There was a nice sized park near Vista that Jeff was able to learn to fly it.  And Jeff joined Sue in Anaheim during the week and we had a fun evening at Downtown Disney for his birthday.  We could also watch the Disneyland fireworks each night from the hotel room.

Talk about a party town. Jeff can brag that he won money at 2 of the 3 casinos he played at.   Just don’t ask him for the details about that 3rd one!   We also used Jeff’s birthday money from his parents to go to an amazing Circque du Soleil show at the Bellagio. 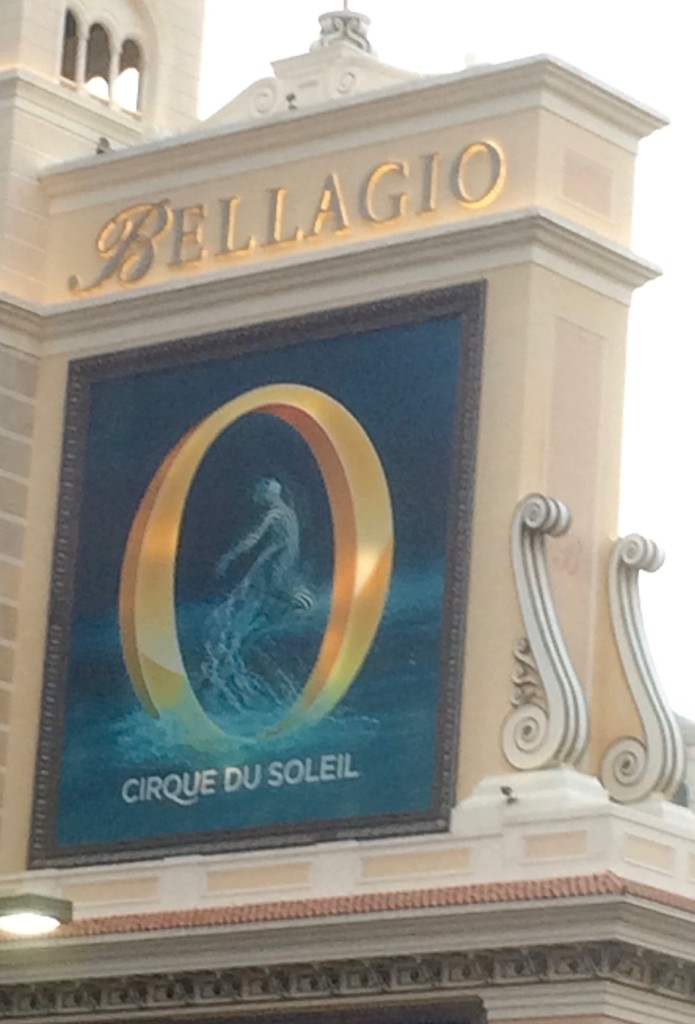 While there we visited the Hoover Dam and took the tour. It is truly an amazing feat of engineering, and the tour guides are always funny. We enjoyed our dam tour. 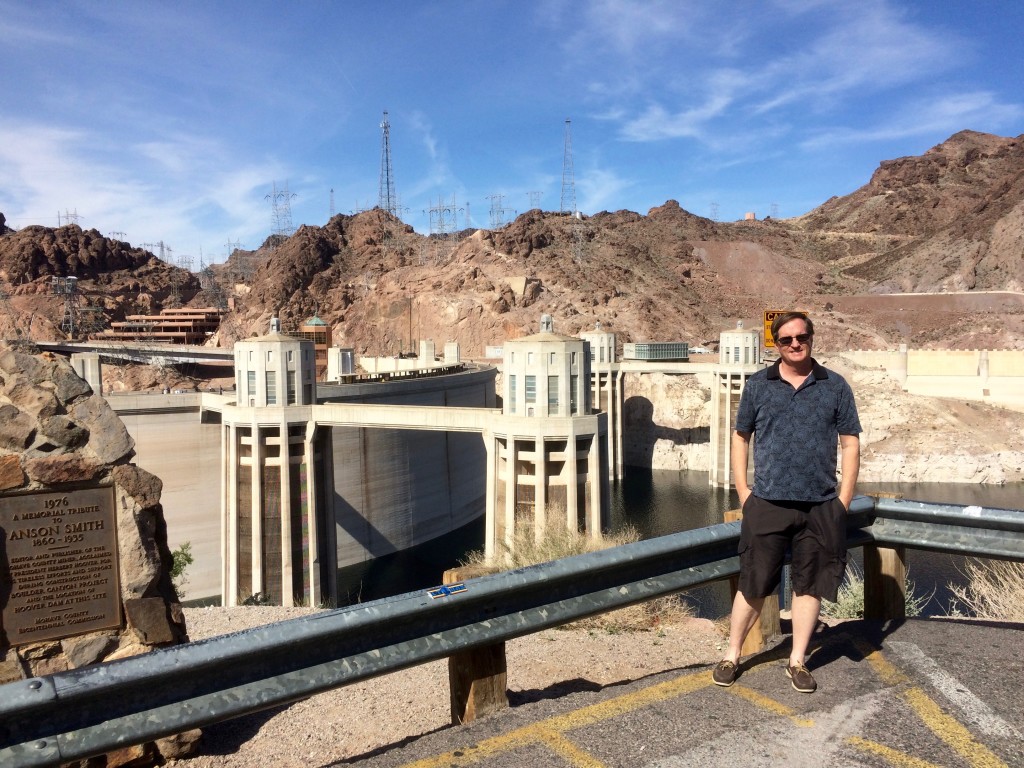 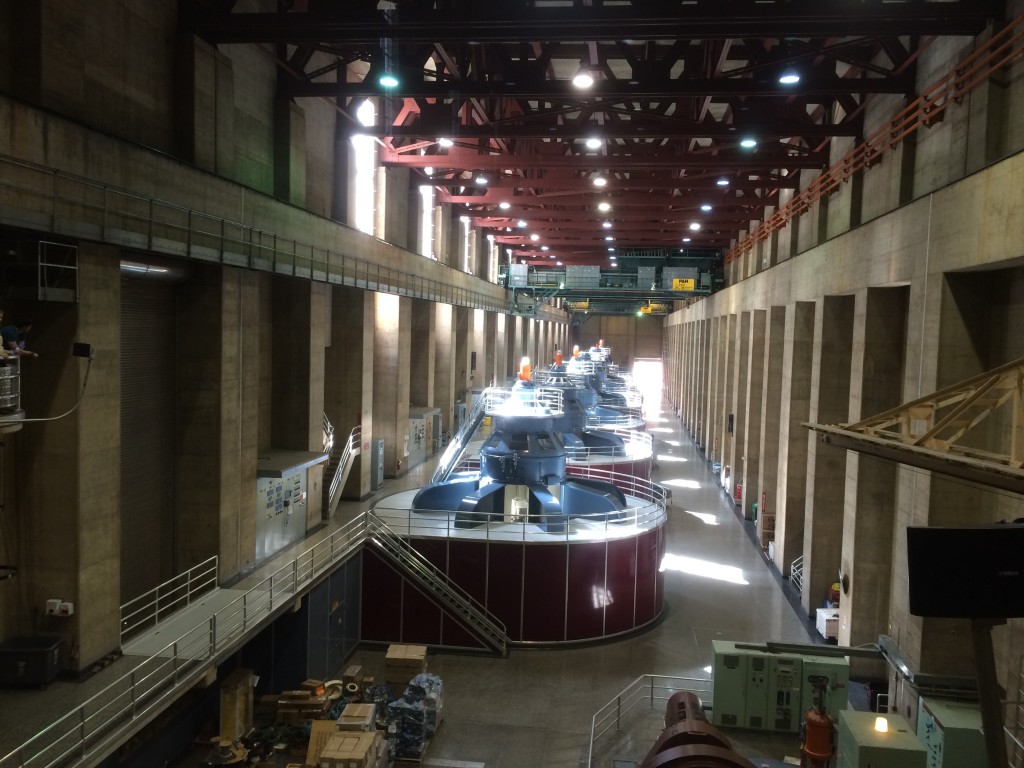 While we were inside all the concrete at the bottom of the dam, we suddenly heard a tremendous roar and everything started shaking. All eyes went wide until our tour guide informed us that one of the tubes had just been opened and the generation turbine started up. 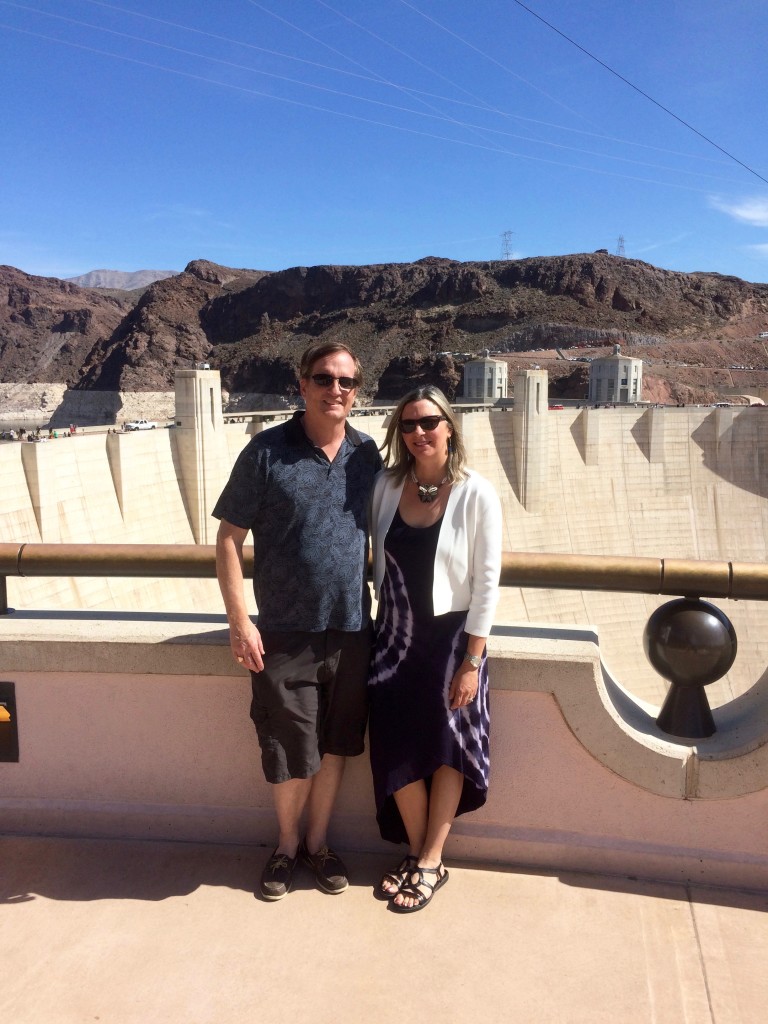 And now, off to Utah for some spring skiing!