We were initially going to spend a month in Franklin, NC, but at the last minute we spent 2 weeks cat-sitting Nigel and Jeffery while Jay and Virginia were on their honeymoon. Luckily, Monty fit in their driveway so we had easy access to all our stuff. We spent most of the nights in the house so the cats wouldn’t be lonely and experienced the joy of playful, early-rising kitties. Their idea of rising involves knocking the bedroom door down, face-walking and toe-biting. They are very accepting of strangers!

While in Blairstown I got to enjoy the local rail trail and kayak on the Delaware with our friend, Roberta.

We also got to have some fun dinners with some friends of Jay, Virginia and ours including Nick and Kessiah, and Marc, Chrissie and their baby Jolene. Such fun!

On our way to North Carolina we stopped for lunch at a truck stop and noticed one of the rear tires on our dually looked low. Jeff took the pressure and it was actually too high. Hmmm. Further exploration found that the interior tire was shredded — glad we have a dually or that could have been ugly! And luckily the Flying-J we were at got us right in and fixed it in under an hour. 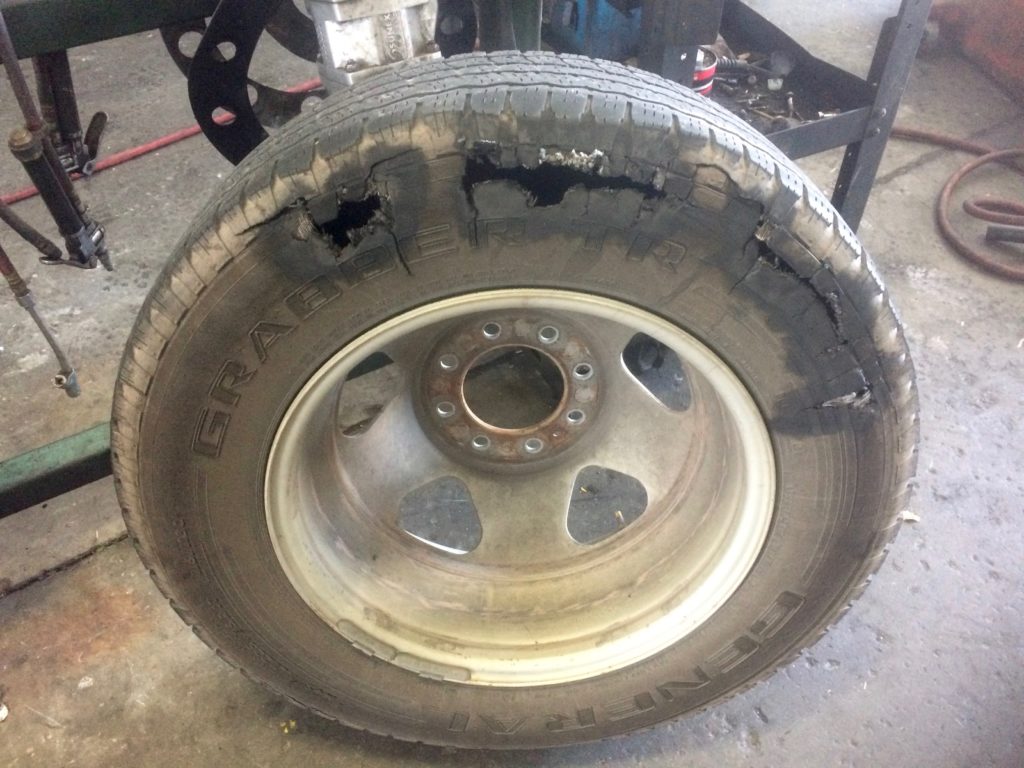 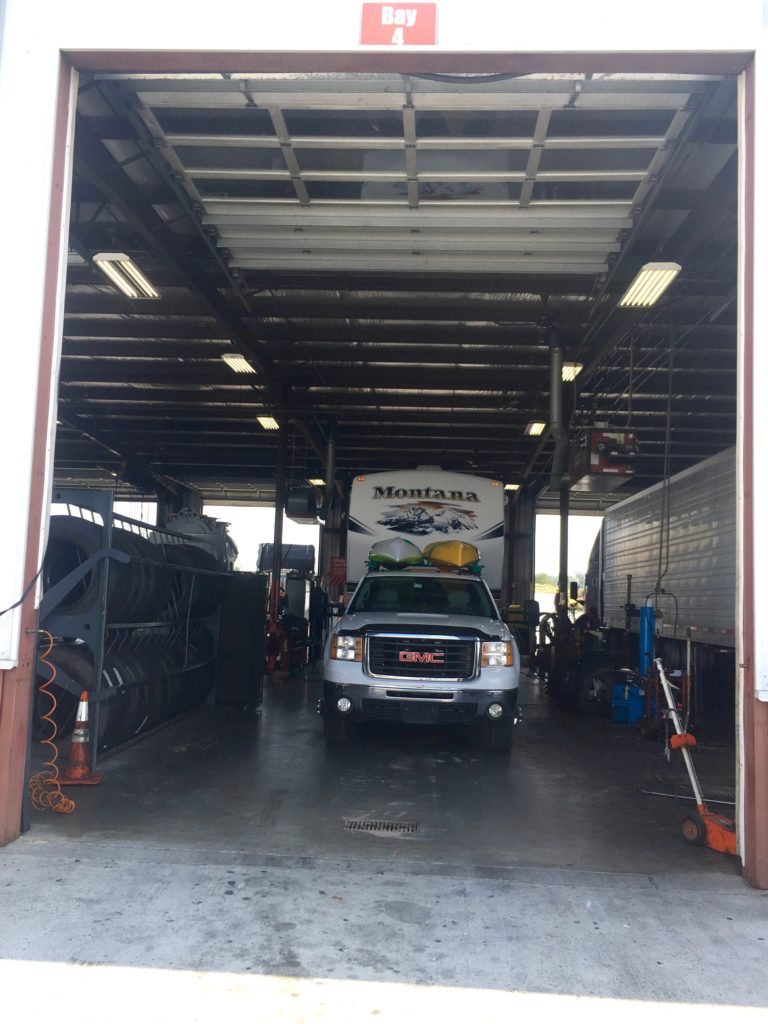 We made the most out of our time in North Carolina. Franklin is up in the hills about an hour and a half west of Asheville.  We were told by the friendly long-term residents at the park we stayed at that it is usually nice and cool “up there” in the summer, but this year it was very hot.

We drove through Smoky Mountain National Park to Tennessee to ride the “Tail of the Dragon” – a famous motorcycle ride. It boasts 318 curves in 11 miles and lives up to its reputation!

Although we both have our motorcycle licenses, we are definitely out of practice. So instead of renting individual bikes, we got a Spider trike we could both go on and share the driving. 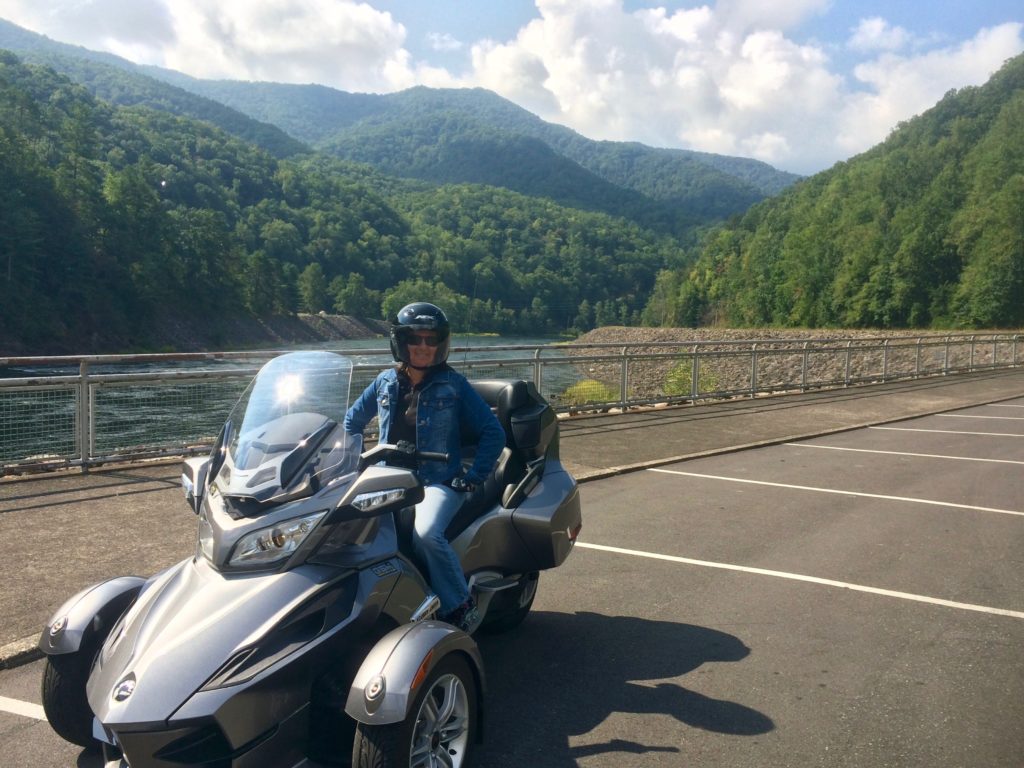 While we had a blast and it was the right vehicle choice for that day, the Spider was really difficult to take tight turns with and not nearly as much fun as a 2-wheeler.  We would not ride one of these again. After Sue drove the Tail in the morning, we had lunch, and rode for another several hours on similar roads in the area, and Jeff did the Tail back to where we started — 6 hours on the bike! The afternoon experience was quite different: much more crowded, noisy and with sport bikes pushing everyone. Jeff was nice to give me the morning ride. 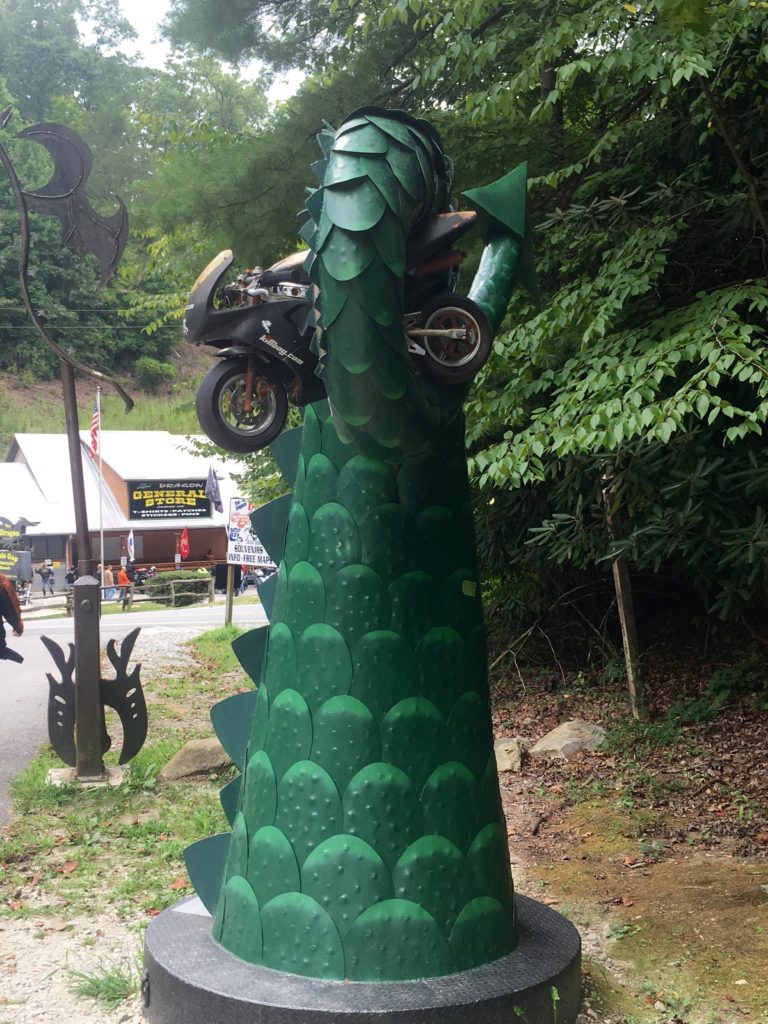 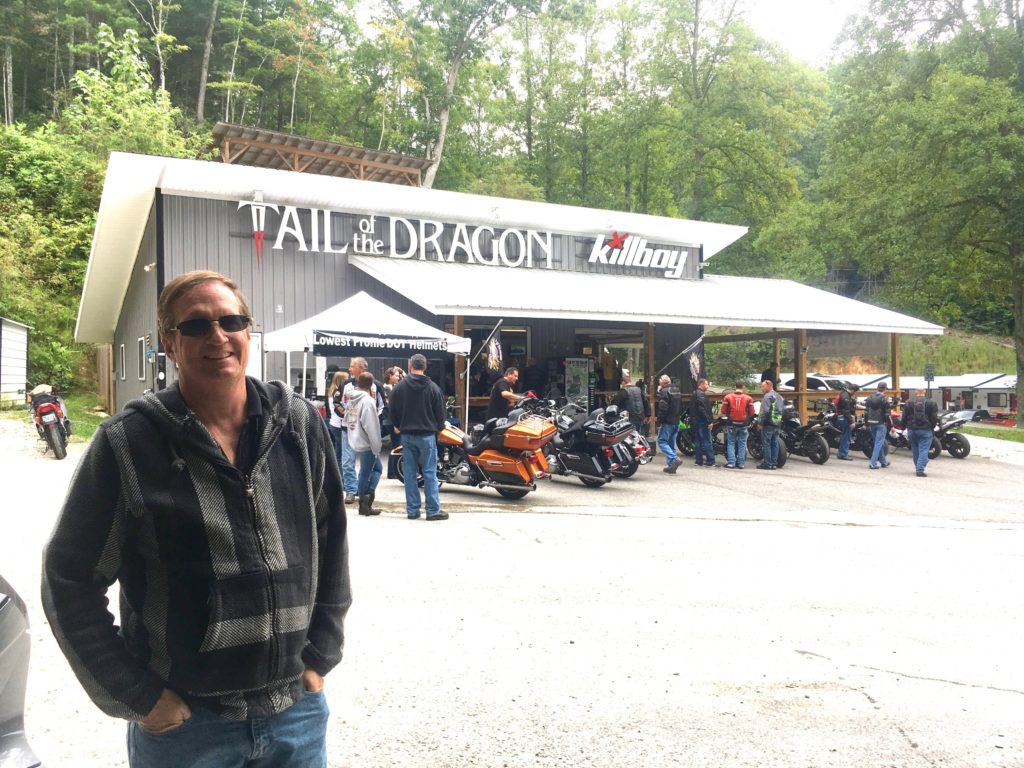 We also took a white water rafting trip down the Nantahala River which borders North Carolina and Georgia. What a blast! The water level was low compared to earlier in the season, so it’s not so much rapids you fly over but the contours of the river itself. We got dumped into the water 4 times, jumped off cliffs, walked through a waterfall, were fed a nice lunch, and even stopped at a spot where you climb down into a hole in a rock that is half-filled with water, assume the superman position, and they shoot you through a short underwater tube. You then pop up on the other side of the rock. Scary-fun! 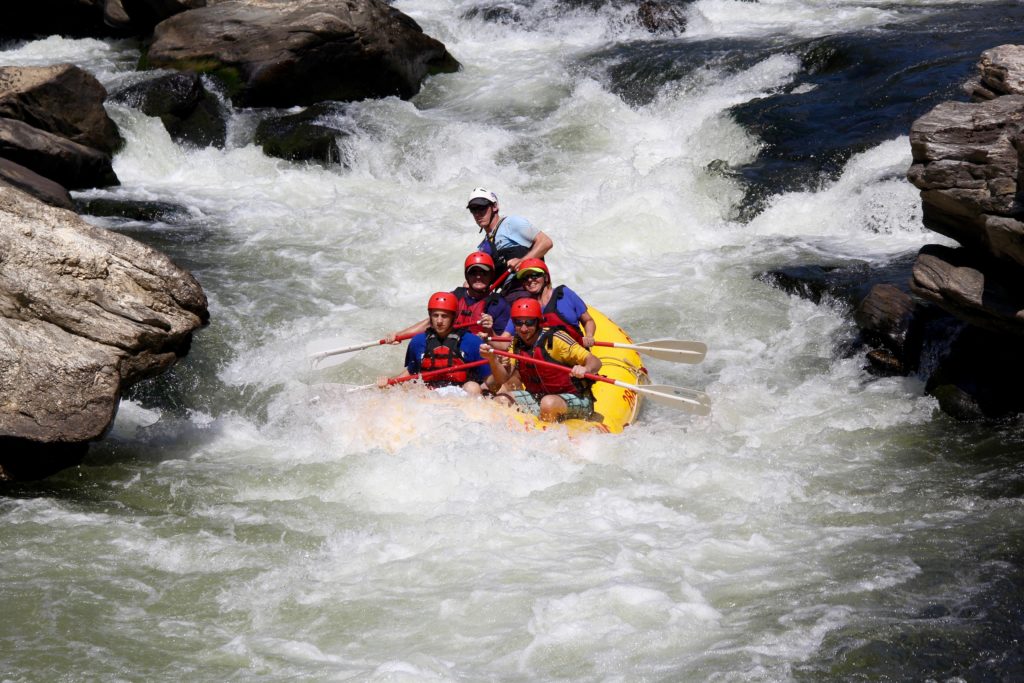 Franklin itself is a sleepy little town. A murky river runs through it. There are a couple of craft breweries and lots of ‘gem mining’ businesses. I like that they decorate their trash bins. 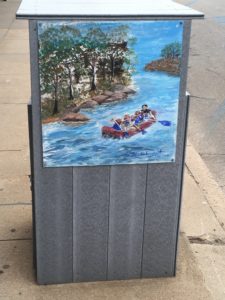 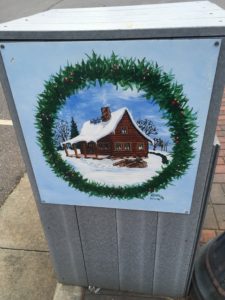 While we were there we got to host Kessiah’s mom and step-dad, Gigi and Art, for a lovely dinner. They live 2 hours away and came to meet us and get the low-down on RV living.  The only bummer is we forgot to get a picture!

We’re off to Miami for a couple of months where Sue will be filling in for a maternity leave. It will feel strange to be in one place for so long!