We’ve made the drive from Phoenix to Flagstaff a number of times, but we are still amazed by the effects on vegetation we see as the elevation changes:  suddenly, there are Saguaros, then there are not.  Then fields of dessert flowers, then not.  Then forests as you pass through Flagstaff, then they mostly disappear into the desolation of northern Arizona.

To cross the Colorado River east of the Grand Canyon we went across the new Navajo Bridge over the Marble Canyon.  The original bridge is still there, so you can stop and walk across it.  Some 466′ above the river! 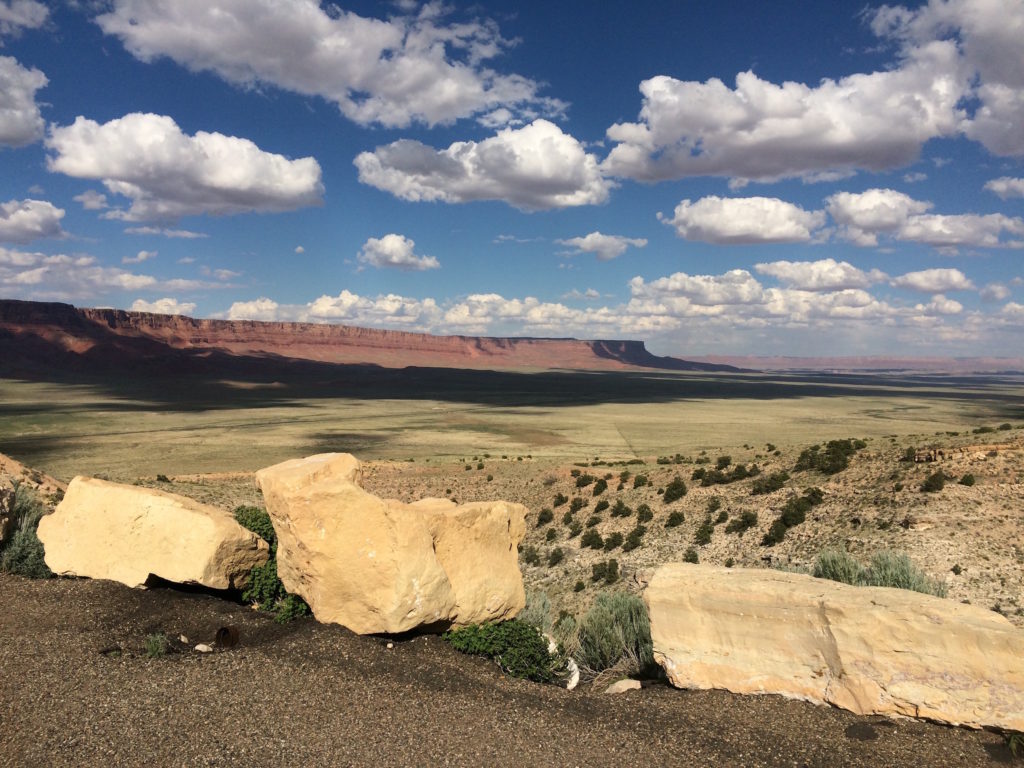 Following this road took us towards the access to the “North Rim” of the Grand Canyon, but it wasn’t open yet.  The drive up through the Marble Canyon was beautiful though.

As we made our way down the west side, we ended up on the East side of Zion National Park for the night – our first true “boondocking” experience on BLM land.  There were probably 30 other RVs there, so it really wasn’t much different from an RV park.  Coincidentally Jason and Virginia  were also at Zion for the weekend for a wedding.  But they were on the west side – so we didn’t get a chance to meet up.

The next day was up to Park City.  Lots of mostly unexciting highway miles…..

And it is always fun to stop into little towns for lunch.

Our stay in Park City was fun.  We are really starting to think that this might be the place that we will land.  Not only did we catch up with our good friends Angela and Alan, but another friend from NJ, Roberta,  happened to be there as well visiting her sister.   Sue was working back in Mesa, so the time passed quickly.  And I got to dog sit for our friends Mike and Kathi! 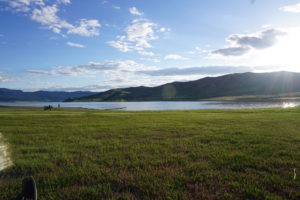 Our next layover before the adventure was in “Not so Great Falls” Montana where Sue could fly from and we could stock up.   Our first night back in Montana was at the Beaverhead Reservoir south of Dillon, MT.  One of the amazing things about this trip is having my parents follow along.  My mother, at over 85 years old, still remembers the Beaverhead when she fished there some 15-20 years ago.  She remembers the roads, launching points, etc.  She has shared her memories of her travels as we have had ours.

We had forgotten how noisy Dick’s RV in Great Falls was.  Right by the highway with really no redeeming value other than being close to the airport.  I could watch for Sue’s incoming flight on approach and still make it to the terminal to pick her up.

We did manage to have a great kayak on the Missouri River though.  The water was clear and moving nicely.  We saw one bald eagle high up in a tree. 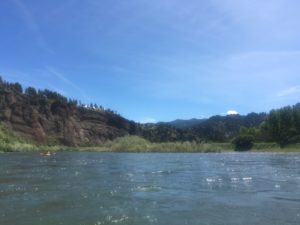 Jeff managed to hitch a ride very quickly from the take out ramp which always makes the trip easier than having to bike it.

Afterwards, we ventured up into Wolf Canyon and found a hole-in-the-wall restaurant.  Pretty good food and cold beer, what more could you want?

Another week of work for Sue and then we were on our way!  We could not get out of Great Falls fast enough!

One thought on “Northbound AZ to Montana – Final stops before the adventure!”